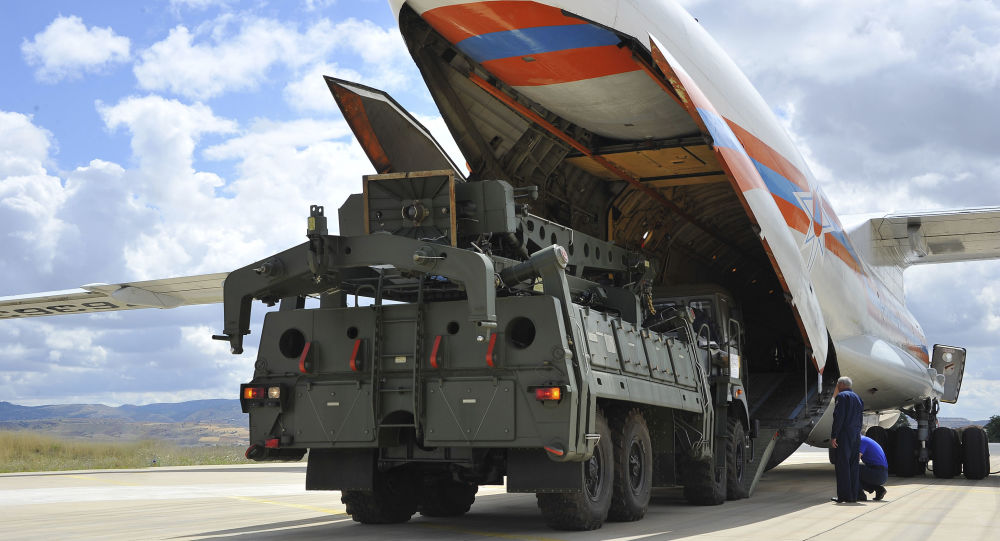 Last week, Turkey conducted radar testing for its newly-acquired Russian-made S-400 air defence systems, even as the United States urges Ankara to abandon the missile systems by "destroying, returning or somehow getting rid of them."

US Senators Chris Van Hollen, Democrat, and Lindsey Graham, Republican, on Monday delivered a letter to US Secretary of State Mike Pompeo urging the latter to impose sanctions on Ankara following its recent test of the Russian-made S-400 missile system, saying that the “time for patience has long expired”.

“The time for patience has long expired. It is time you applied the law,” the two senators wrote in their letter to Pompeo, pointing to the Countering America's Adversaries Through Sanctions Act (CAATSA), signed by US President Donald Trump in 2017.

Graham and Van Hollen warned Pompeo that not sanctioning Ankara over its purchase of the Russian-made S-400 system, which the US claimed is incompatible with NATO's air defence networks, sends a “terrible signal” to other countries that they can “flout US laws without consequence”.

“You have previously acknowledged that Turkey's purchase of the Russian S-400 air defense system triggers US sanctions. Specifically, you said, ‘the law requires that there be sanctions. And I’m confident that we will comply with the law, and President Trump will comply with the law.’ You were right when you made that statement,” the Senators, currently sponsoring a bill aiming to sanction Turkey over its military invasion into Syria against Kurdish forces, reportedly told Pompeo.

The letter also said that Turkish President Recep Tayyip Erdogan has not given any indication that he will change course, following his last visit to Washington in November.

Graham and Van Hollen also noted that the head of Russian state arms exporter Rosoboroexport said on Sunday that Moscow's cooperation with Turkey, a NATO ally but not a full member, will not be limited only to the S-400s and the two countries have bigger plans.

Earlier last week, Pompeo said that Turkey’s test of the Russian-made S-400 air defence system is “concerning”, but also added that the US will still talk to Ankara in order to find a way to move Ankara away from putting the Russian system into full activation.

The US suspended Turkey's participation in the F-35 international programme in July, after Ankara received its first S-400 system, ordered in 2017. The Trump administration claims that Ankara’s use of the S-400 will not be compatible with NATO's defence networks. Ankara responded by insisting that the S-400 system is indispensable but in no way compromises NATO security.