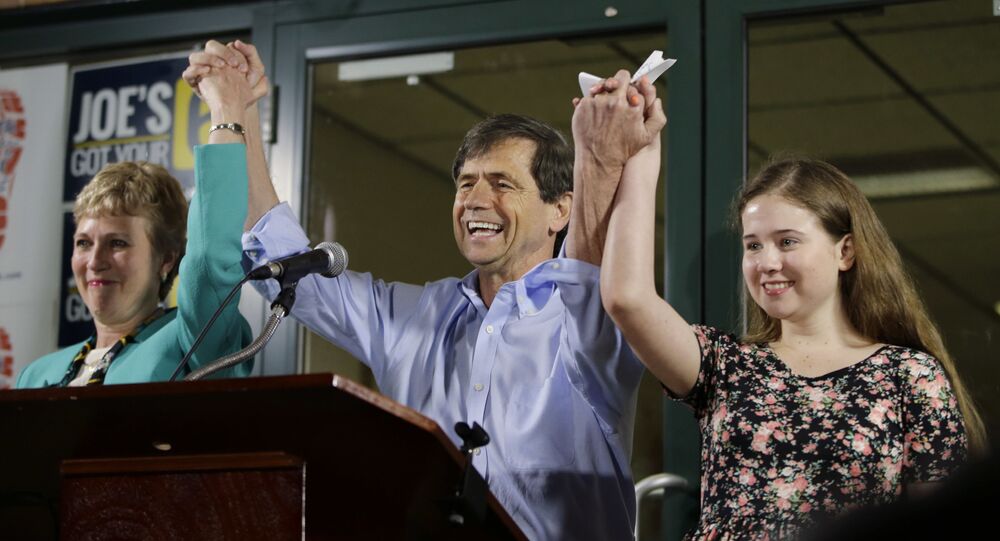 Joe Sestak Drops Out of US Democratic Presidential Race

"I want to thank you for the honor of running for President of the United States of America. It has been an endeavor filled with immeasurable wisdom, passions, humor and insights to, and from, the people of America," Sestak said in a statement.

Thank you for this opportunity! pic.twitter.com/mW5Qdi3bhT

Sestak was a member of the US House of Representatives from Pennsylvania from 2007 to 2010. He twice tried to be run for the upper house of Congress, the Senate, but both attempts were unsuccessful.

Sestak failed to gather significant support in a crowded field of candidates. He was relatively late arrival, launching his presidential bid in June this year, when other Democratic campaigns were already in full swing.

Sestak did not appear in any televised Democratic debates because he never reached the necessary amount of donations required to qualify.