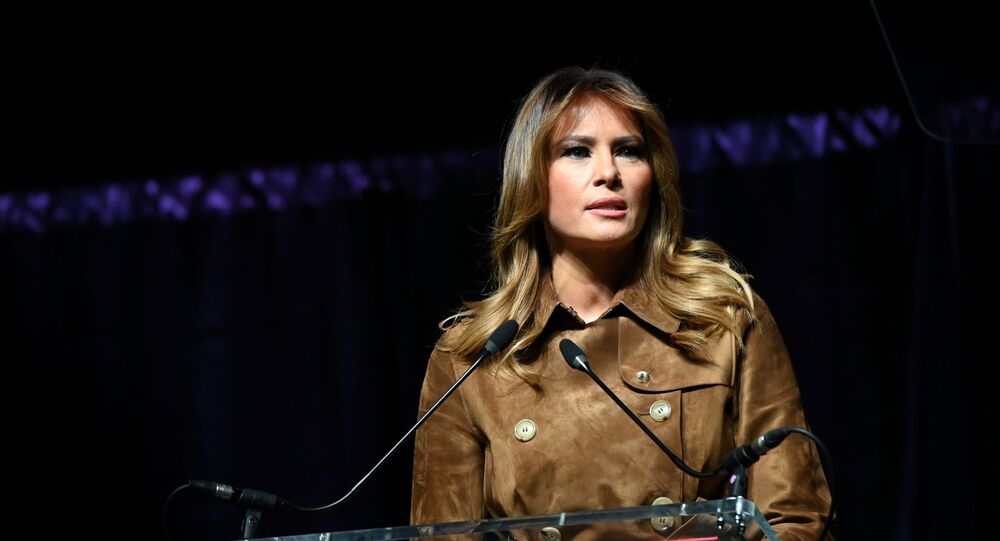 The social media giant earlier bragged about deleting millions of posts that it said constituted “hate speech”. However, there are no distinct criteria as to which pieces are deemed as subject to censorship.

Facebook user Amy DC has reported that Facebook took down a meme from a page with politicised content that she co-edits on the grounds that it constitutes “hate speech”.

"For everyone asking, it was posted on Red Tie Legion & once it was shared to its partner page Liberal Loon they took it down claiming it was Hate Speech", user John Meara clarified a bit.

The meme sported an image of First Lady Melania accompanied by a text placed on it:

“You can keep your Lady Gaga, we’ve got Lady MAGA”.

It is yet unclear if there was any caption to the meme post.

Sputnik has reached out to Amy DC for a comment on whether there were other instances of meme deletion either on the Fan Page that she is a co-editor on or her personal one.

Facebook, which is known to have been seeking to tackle “hate speech” on the platform, recently boasted that it has removed 11.4 million pieces of “hate speech” between April and September 2019.

However, there is no publicly-available database for the posts that are removed for this reason, which makes it impossible to determine the criteria for censorship.

Facebook has of late been embroiled in a spate of scandals and controversies around its content-control and data security policies.

Facebook head Mark Zuckerberg recently okayed political ads on the platform in a bid to welcome political pluralism. However, the move was taken with a pinch of salt, as critics argued the ads would appear on the platform selectively and the choice would be biased.

Amnesty International, meanwhile, lashed out at Facebook's policies, concluding that the management should ditch what it called a “surveillance–based business model” which, it argues, has been causing multiple human rights violations.

The news comes as all three social media giants — Facebook, Google, and Twitter — have come under increased scrutiny from officials, regulators, and lawmakers over users being targeted by companies.

The Cambridge Analytica row is arguably the most notorious one to date. Facebook was ordered to pay more than five billion dollars over multiple privacy violations earlier this year, while management opted to restrict software developers’ access to user data following a report that the political consulting firm, Cambridge Analytica, had harvested the private data of as many as 87 million users. Facebook has since suspended thousands of apps in a bid to clean up its ecosystem.