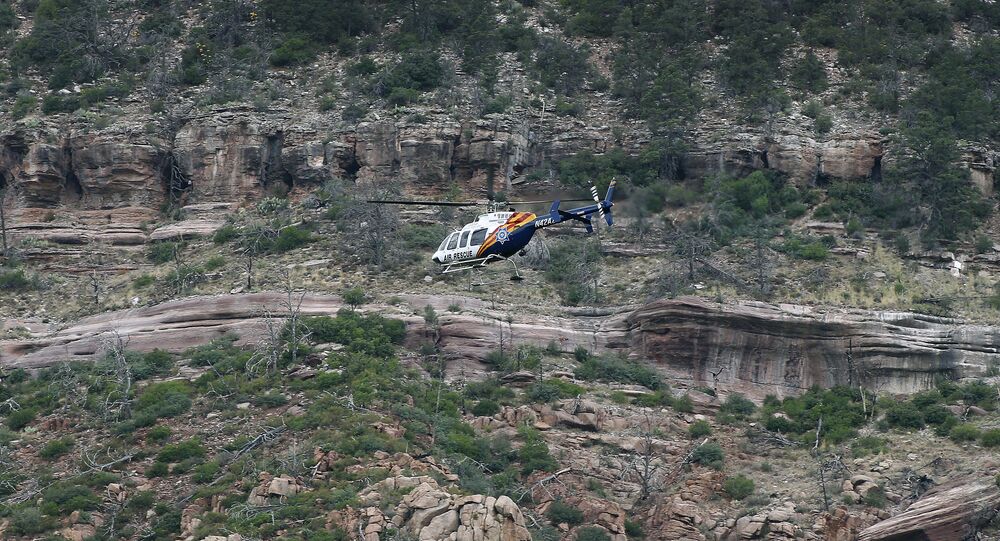 The Gila County Sheriff’s Office said that several children were reported missing late Friday afternoon after the vehicle they were in got stuck trying to cross Tonto Creek near Tonto National Forest, northeast of the city of Phoenix, the state capital.

On Saturday, boy and a girl, aged 5, were found dead about 4.8 kilometres (3 miles) downstream from a submerged car, sheriff spokesman Virgil Dodd said in a statement.

Drivers “really need to not ignore that. It’s very dangerous. It’s very hazardous”, he added. “In this case, this horrible and tragic incident ... that’s what happens when you ignore these types of signs”. “We have no information as to why they were trying to cross the creek”, the spokesman said. “We think everybody was in the cab at the time”.

A search by rescue helicopters is underway for a girl who is still missing, Virgil Dodd said.

“We hope we find the last one and bring her to safety”, he added.

Four other kids and two adults have been found earlier on an island and on the shore.

According to the KPNX news channel, the group was in the area for a family reunion during the Thanksgiving holiday.

Multiple rescue teams were deployed in the area but search operations remain difficult due to the debris left in the wake of the flood, a local officer told USA Today.

A big part of the US mainland has been experiencing heavy snowstorms and blizzards over the Thanksgiving holiday. A rare bout of snow covered parts of the state of Arizona over the past days and tornadoes battered Phoenix, the state capital, according to local media outlet AZ Central.