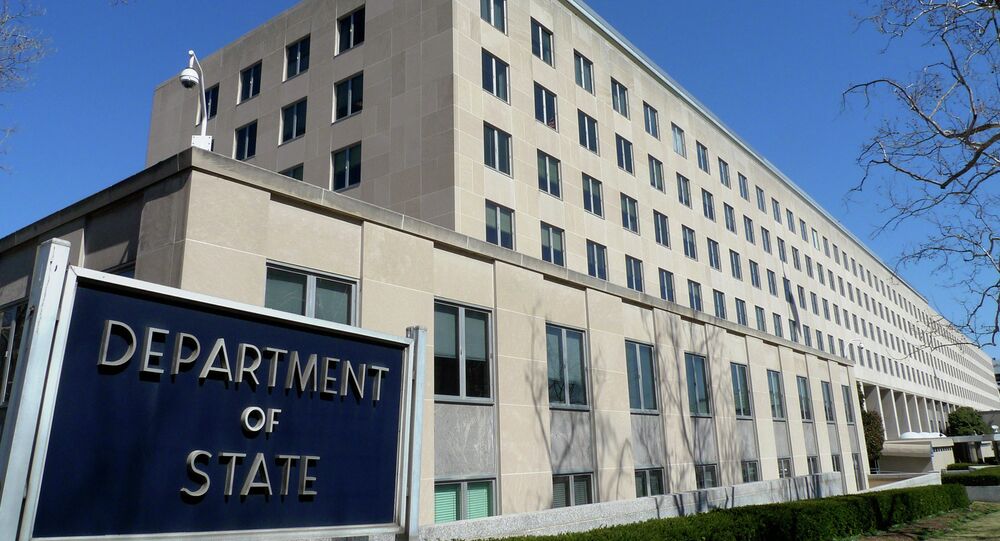 Bomb, Bomb But Not Iran: White House Official Who Wanted to Drop Nukes Gets US State Dept Job

While US President Donald Trump previously said that he could win the war in Afghanistan at the cost of 10 million lives, he specifically pointed out that he wasn’t referring to the use of nuclear weapons.

As former talk show host and White House advisor to the US Department of Homeland Security Frank Wuco is appointed as a senior advisor in the Bureau of Arms Control, Verification and Compliance of the Department of State, several media outlets were quick to recall a certain not-so-diplomatic statement he made several years ago.

As ABC News points out, in 2016 Wuco said his preferred response to the 9/11 terrorist attacks would’ve involved sending a certain message to Afghanistan in the form of a nuclear strike.

"My preference would have been to have dropped a couple of low-yield tactical nuclear weapons over Afghanistan the day after 9/11 to send a definite message to the world that they had screwed up in a big way," he said.

The media outlet also pointed out that it wasn’t immediately clear what Wuco’s new role actually is, as the State Department is yet to respond to their query about it.

Social media users did not seem particularly thrilled with the new addition to the US government agency responsible for the country’s foreign relations.

It's official. The inmates are running the asylum. Trump just put a guy who wanted to nuke Afghanistan in charge of arms control policy. Not a joke. A tragedy. https://t.co/cTGNuT33JE

Here is our possible future
YES it is extreme but so are the repugs who believe and support assrump. pic.twitter.com/8fSZPuBLPQ

​Some, however, recalled a certain US congressman who allegedly made some remarks about “nuking” as well.

Earlier this year, US President Donald Trump also remarked that he could win the war in Afghanistan in a week, if not for the fact that he doesn’t want to kill 10 million people in the process, though he specifically pointed out that he wasn’t "talking nuclear" in that case.