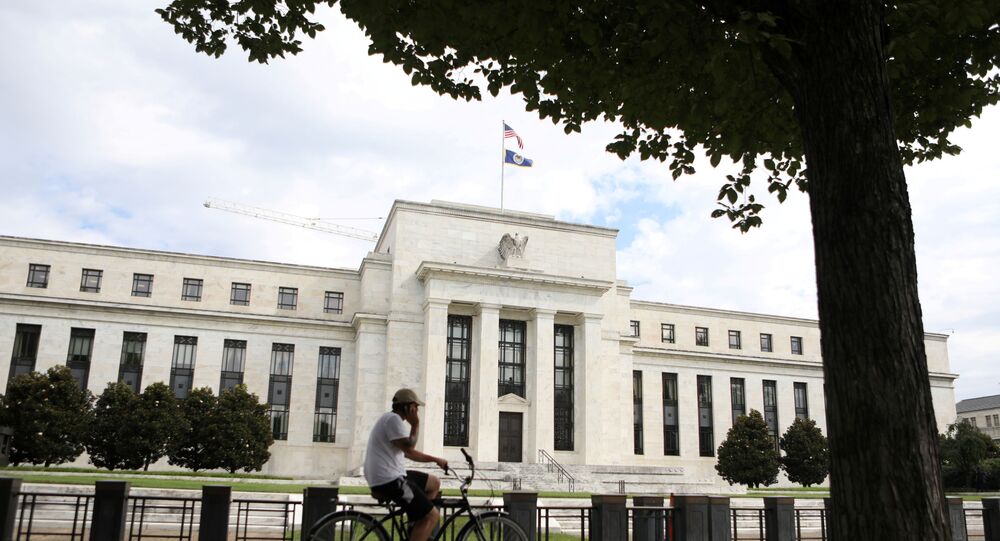 Federal Reserve Says US Economy Grew Modestly Over Past 6 Weeks

WASHINGTON (Sputnik) - The US economy expanded modestly over the past six weeks as trade uncertainties remained a concern amid mixed growth in manufacturing prices, the Federal Reserve said in its Beige Book report.

"Economic activity expanded modestly from October through mid-November, similar to the pace of growth seen over the prior reporting period", the report said on Wednesday.

Nine out of 12 Federal Reserve-drawn regions reported slight growth during the period in review. The three that missed out - New York, Saint Louis, and Kansas City cited 'trade uncertainty' - as one of the factors for holding back growth.

Employment continued to rise slightly overall, even as labor markets remained tight across the United States, said the report, which also noted relatively strong job gains in professional and technical services as well as healthcare in several regions.

Input costs and selling prices in the manufacturing sector were mixed, the report said, adding that some regions noted deceleration in prices, a few others cited increased cost pressures and others indicated little to no change.

The Beige Book, published eight times per year, includes anecdotal information on prevailing economic conditions from each of the twelve US Federal Reserve Banks. The information, summarized by sector and district, is based on reports from banks along with interviews with key business contacts, economists, market experts, and other sources, according to the Federal Reserve’s website.