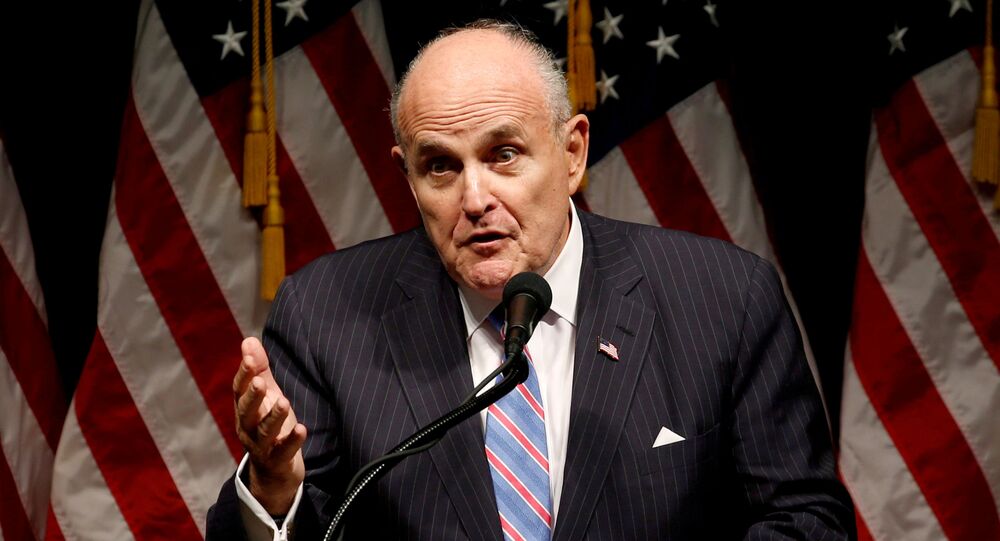 The talks between Giuliani and Lutsenko were never finalized but progressed earlier this year far enough for the agreements to be drafted, the newspaper reported on Wednesday.

According to the Washington Post, simultaneously Giuliani was trying to obtain from Lutsenko information potentially useful for Trump and damaging for his political rivals.

An attorney for Giuliani declined to comment on the negotiations. Lutsenko, who served as Ukraine’s top prosecutor until August, could not be immediately reached for comment, the newspaper said.

Giuliani is a key figure in the impeachment inquiry of the US president, who is suspected of trying to pressure Ukraine into investigating possible corruption by former Vice President Joe Biden and his son Hunter.

Trump has repeatedly said that he did not engage in a quid pro quo and characterized the impeachment bid as another political witch hunt by Democrats to reverse the results of the 2016 presidential election.