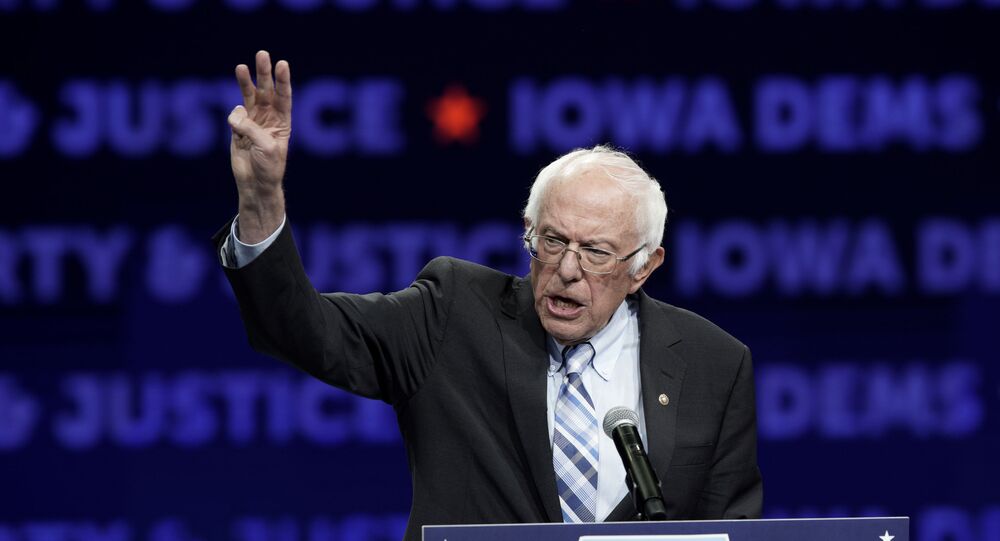 One of Jimmy Fallon's most consistent Tonight Show bits is "Slow Jam the News," often featuring a celebrity guest rhyming over a "slow-jam" played by the house band the Roots. The lyrics are often political or current events related.

US Democratic Senator and 2020 presidential candidate Bernie Sanders got behind the microphone to take his turn at slow-jamming the news in late-night host Jimmy Fallon’s popular segment on The Tonight Show.

Adopting a seductive tone, Sanders jammed about a range of topics close to his campaign, including wealth distribution, Medicare, climate change, big money in politics, and his "completely normal, completely fine heart."

As he made reference to last week’s debate, he reminded the audience that he’d gone toe-to-toe with fellow Democrats on the issues that matter most.

Over a downbeat tempo, the Vermont Senator said:

"We can no longer tolerate three people owning more wealth than the bottom half of America…I have the experience to fight for that bottom half and to create an economy that works for all of us, not just those on top."

"Aww yeah… Bernie Sanders is looking out for your bottom half. He knows it’s been neglected for too long, now he wants to pay it some extra-special attention.

He’s sick and tired of having just a few people on top, that’s why Bernie’s here to spread the love,” interjected Fallon.

Appearing in the popular segment of Jimmy Fallon’s late-night show, the 78-year-old senator and presidential candidate was following in the footsteps of Barack Obama, Kamala Harris, Pete Buttigieg, and a host of others.

"Slow Jam the News" often features celebrity guests rhyming political or current events -related lyrics over a "slow-jam" of music from the house band the Roots.

Barack Obama was also featured on the show back in 2012, treating viewers to a slow jam about the economy, student loans, and his political agenda.

Bernie Sanders's 2020 campaign is his second run for the Democratic nomination, following his campaign in the 2016 primaries.

On 1 October, 2019 Sanders was hospitalised after experiencing chest pains at a campaign event in Las Vegas.

He was found to have a blockage in an artery and an operation was performed to insert two stents. It was later reported that he had had a heart attack.

A new Emerson poll finds Senator Bernie Sanders is gaining momentum in the race for the Democratic nomination, increasing 2 points from October to at 27 per cent.

Senator Elizabeth Warren is in third place at 20 per cent, down a point.