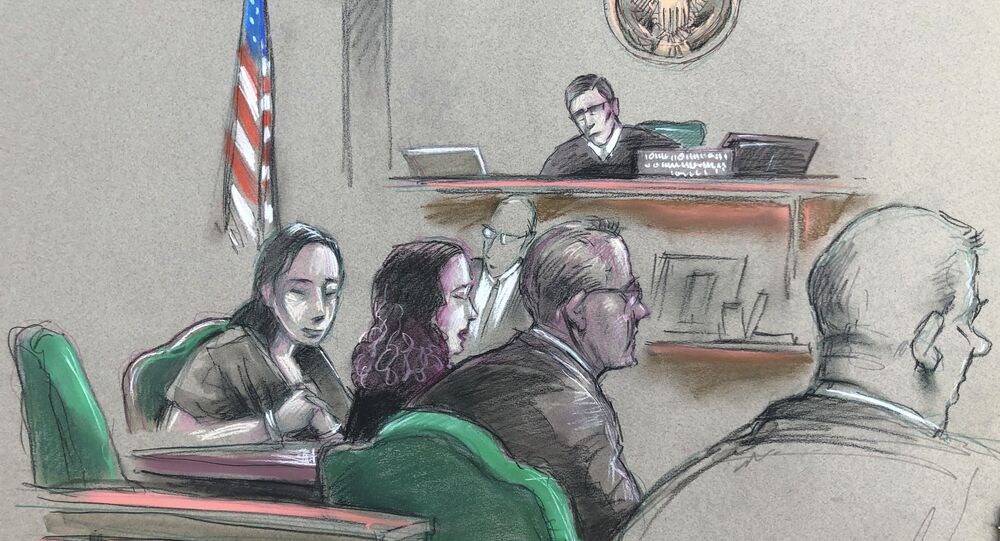 Chinese consultant Yujing Zhang was sentenced to eight months in prison on Monday for trespassing on US President Donald Trump's Mar-a-Lago resort in West Palm Beach, Florida, earlier this year.

In September, the 33-year-business woman was convicted of entering restricted property without permission back in March and of lying to federal agents.

On Monday, Judge Roy Altman ordered that Zhang be deported from the US after completing her prison sentence, calling her crime a “serious offense,” AP reported. She received an eight-month sentence because she has been in jail since her arrest in March.

Zhang bluffed her way past multiple levels of security at the resort on March 30 before getting caught. According to the affidavit filed after her arrest, Zhang told Secret Service officers that she was at Mar-a-Lago to attend an "International Leaders Elite Forum" hosted by the "United Nations Chinese-American Association.” That event never existed.

Zhang possessed Chinese passports and a flash drive containing malware when she was arrested. Police also found a signal locator capable of detecting hidden cameras, other electronic devices such as a Faraday bag that blocks electronic signals and thousands of dollars in cash in her hotel room, federal prosecutors said.

Rolando Garcia, an assistant US attorney, also wrote in a sentencing memo that Zhang lied about her finances to a magistrate judge. She said she only had about $5,000 in bank account but had $40,000 in a brokerage account, as well as $8,000 in her hotel room.

“In addition, the totality of the circumstances indicate the nature and circumstances of the offense require a sentence more severe than the advisory guideline range,” Garcia wrote in the sentencing memo, the New York Times reported. “Not only did Zhang lie to the Court but she also lied to practically everyone she encountered in the United States.”