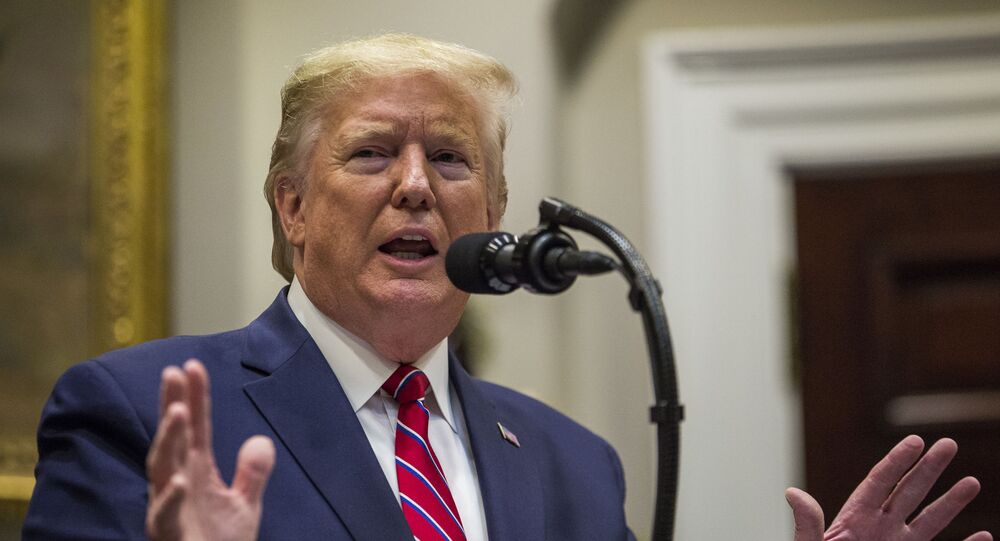 The chair of the House Intelligence Committee, which is heading the impeachment inquiry into US President Donald Trump, said in a Monday letter the committee would submit its first report to the Judiciary Committee after the Thanksgiving holiday recess.

"As required under House Resolution 660, the committees are now preparing a report summarizing the evidence we have found thus far, which will be transmitted to the Judiciary Committee soon after the Congress returns from the Thanksgiving recess," Rep. Adam Schiff (D-CA), who chairs the House Intelligence Committee, said in a Monday letter distributed to fellow Democrats in the House of Representatives.

Once Judiciary Committee chairman Jerry Nadler (D-NY) receives the report, the "next phase of the impeachment inquiry" will proceed, he noted.

NEW: In dear colleague letter, @RepAdamSchiff says: "As required under House Res 660, the Cmtes are now preparing a report summarizing the evidence we have found this far, which will be transmitted to the Judiciary Cmte soon after Congress returns from the Thanksgiving recess." pic.twitter.com/DEtTotA0FK

​Schiff noted that in the two weeks since House Democrats opened the impeachment probe up with public hearings, the Intelligence Committee had heard 17 depositions and transcribed interviews and issued "dozens of document requests and subpoenas over the previous six weeks."

"However, it is also the case that the Administration undertook an unprecedented campaign of obstruction in an effort to prevent the committees from obtaining documentary evidence and testimony," Schiff noted in the letter. "A dozen witnesses followed President Trump's order to defy lawful subpoenas, and the White House, State Department, Office of Management and Budget, and Department of Energy have provided no documents in response to subpoenas. In fact, the committees did not receive a single document from any executive branch agencies pursuant to our subpoenas."

Schiff said Trump ordering officials to obstruct the probe "further demonstrates consciousness of guilt on the part of the President."

The lawmaker noted that it was still possible further evidence might come to light as potential witnesses disobey Trump's orders not to cooperate with the probe, and the Intelligence Committee would pass along that evidence as it came to them.

The probe is investigating the circumstances of Trump's pursuit of a probe into former US Vice President Joe Biden and his son, Hunter Biden, by Ukrainian authorities and whether Trump broke US law by seeking a "quid pro quo" arrangement with Kiev by withholding military aid. A previous anti-corruption probe that looked into Burisma Holdings, a gas company on the board of which Hunter Biden sat at the time, was shut down due to pressure from the elder Biden in 2016.