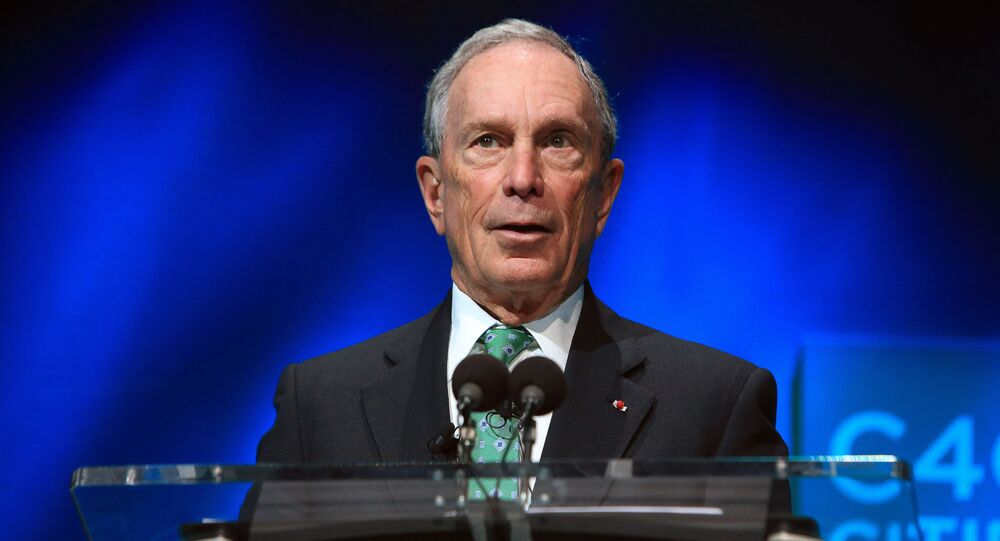 On Sunday, Michael Bloomberg launched a bid for the 2020 Democratic presidential nomination, saying that he is running “to defeat Donald Trump and rebuild America.”

Editor-in-Chief John Micklethwait has announced that Bloomberg News will not probe either billionaire Michael Bloomberg or his Democratic rivals during the 2020 US election campaign.

“We will continue our tradition of not investigating Mike (and his family and foundation) and we will extend the same policy to his rivals in the Democratic primaries. We cannot treat Mike’s Democratic competitors differently from him”, Micklethwait wrote in a memo sent to editorial and research staff.

He pledged that Bloomberg News will continue to investigate the Trump administration “as the government of the day,” also vowing that “we will suspend the Board [responsible for Bloomberg Opinion], so there will be no unsigned editorials.”

If Bloomberg becomes the Democratic presidential candidate and Trump is the Republican candidate, the news organisation will “reassess how to do that,” Micklethwait said.

He added that columnists will continue to “speak for themselves” and take some op-ed articles from outsiders, even though they will refrain from dealing with those pieces that focus on the 2020 elections.

In a separate memo to staffers issued by Michael Bloomberg, he promised that during his election campaign, he will hand the company’s leadership to a management committee.

“This is not the first time I’ve stepped away to run for office. And like the last time, we have put in place an outstanding leadership team to take the reins,” he pointed out.

The developments come after Fox News reported on Sunday that the 77-year-old former New York City Mayor had already filed an FEC (Federal Election Commission) Statement of Candidacy form to run as a Democrat and plans to spend up to $31 million on an ad buy in TV markets across the country.

“I’m running for president to defeat [US President] Donald Trump and rebuild America. We cannot afford four more years of President Trump’s reckless and unethical actions. He represents an existential threat to our country and our values. If he wins another term in office, we may never recover from the damage," he said in a statement published on his official website.

“I see this as one more example where how come when you have someone who is already a multimillionaire in the White House do you think that the people in this country are going to go, “Oh, we need someone wealthier’”, Minnesota Senator Amy Klobuchar, for her part, said.

Earlier this month, Trump earlier mocked Bloomberg's potential entry into the Democratic primary race, claiming that “he doesn't have the magic to do well” and that “little Michael will fail.”

One of the richest men in the US and a former Republican, Bloomberg claimed in March that he would not run for US president in 2020 and planned instead to start a new campaign to accelerate the US’ transition to renewable energy.

He served as the mayor of New York City from 2002 to 2013 and is the founder of Bloomberg News. His net worth is estimated at well over $50 billion.