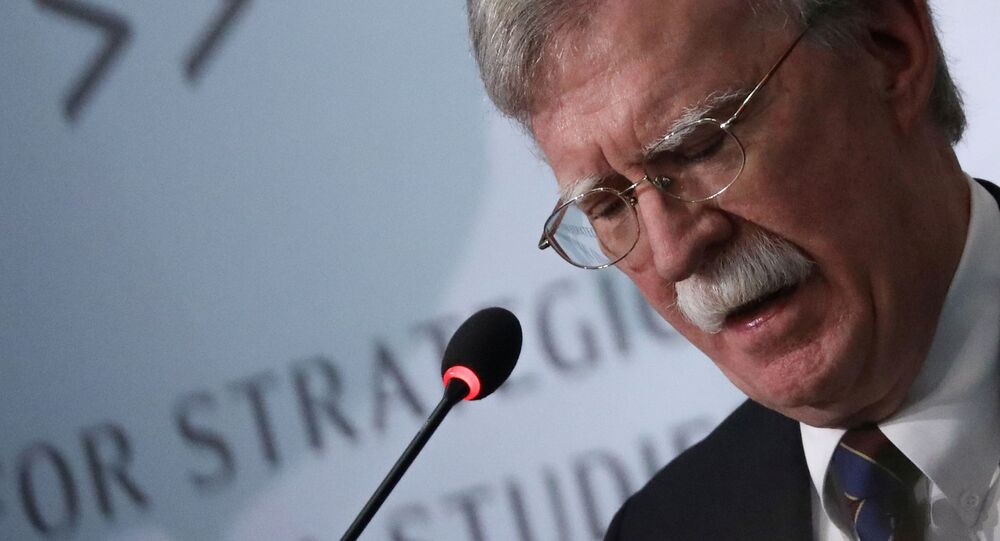 On Friday, John Bolton, who resigned as National Security Advisor in September, accused the White House of blocking access to his personal Twitter account, claiming that Washington was afraid of what he “may say”.

White House Press Secretary Stephanie Grisham has claimed that the White House hadn't prevented former National Security Adviser John Bolton, 71, from gaining access to his Twitter account, suggesting that he might simply be too old to understand how to navigate the platform.

“Sometimes, I’ll use my father as an example, somebody who is of an advanced age may not understand that all you have to do is contact Twitter and reset your password if you’ve forgotten it so I’ll just leave it at that,” Grisham told Fox Business’ Lou Dobbs Tonight late last week.

She added that the Twitter account that he used while serving in the Trump administration was his personal one.

Grisham was echoed by the US President, who also rejected claims about the White House blocking Bolton’s Twitter page.

Let's get back to discussing critical national-security issues confronting America. The threats are grave and growing. The presidency and control of the House and the Senate will all be decided in less than one year. It's time to speak up again! #JohnBolton

The comments came shortly after Bolton tweeted an allegation last Friday that the White House had refused to return access to his Twitter account “out of fear of what I may say”.

Bolton’s Twitter page has been silent since his resignation in September, when he tweeted, in particular, that he decided to offer his resignation because he and Trump were at odds over US foreign policy-related issues.

Trump, for his part, insisted that it was him who asked Bolton to resign and that media reports suggesting that the two men had major disagreements over the invitation of the Taliban to Camp David for peace talks are nothing but fake news.

Bolton is currently seen as a potential key witness in the impeachment inquiry against Trump, which was launched by House Democrats on 24 September following a whistleblower’s allegations that the US President abused the power of his office during his phone call with Ukrainian counterpart Volodymyr Zelensky in July. Trump vehemently denied the allegations, slamming it as another political witch hunt.

Bolton, for his part, has so far refused to testify in the probe, notifying Democrats via his lawyer that he would file a lawsuit if he is subpoenaed.

At the same time, he announced that he would instead identify and support candidates for the US Senate and House of Representatives who are “committed to policies promoting a strong America” via his own political action committee.

When asked if he felt the US administration was trying to stop him from testifying, Bolton said that he “doesn’t know” and that “you have to ask the White House”.