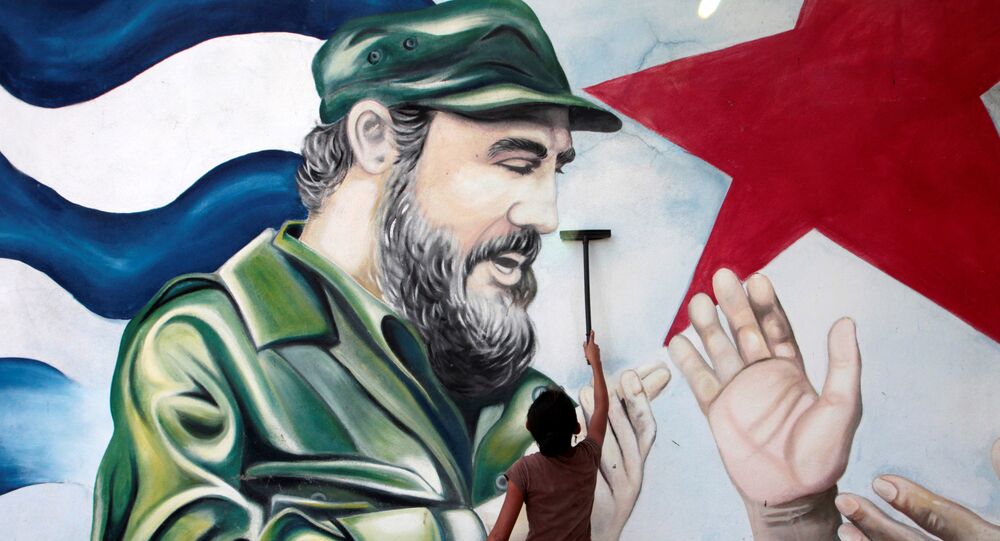 The JFK files, dedicated to the assassination of US President John F. Kennedy in 1963 - which were partially declassified two years ago - contain valuable information for researchers whose seek to understand something of the late 20th century political history of the United States.

The CIA archive reveals that Crozier befriended Fidel Castro and Ernesto 'Che' Guevara while the former was an undercover agent in Cuba in the 1950s. The level of trust between the US spy and the Cuban revolutionaries was emphasized by Crozier's visit to a secret jungle camp where Castro was hiding out as he plotted his overthrow of US-backed dictator Fulgencio Batista in 1958. Crozier spent nearly two weeks in Castro's jungle hideout.

During his stay, Crozier offered to provide Castro a $25,000 US helicopter, along with an American pilot - an offer which may have amused the Cuban revolutionary. CIA documents reveal that Crozier told the agency at the time that a helicopter, along with a pilot who was also trained as a spy, would have given the CIA "penetration inside the Castro inner-circle". The CIA never followed through on the proposal and the unsealed documents remain silent on Castro's reaction.

Crozier was also the agency’s official liaison for a CIA-funded group of exiled Cubans who opposed both Castro and Guevara. He mentored student protesters who had fled Cuba for Florida, calling themselves the Directorio Revolucionario Estudiantil (DRE).

Through those students, Crozier learned that the Soviet Union had placed missiles in Cuba capable of striking the US and passed this intelligence on to Washington. Crozier's reports went nowhere. In his later years, the CIA operative complained to a researcher of the lost opportunity that had the potential to change the course of history by preempting the 1962 Cuban Missile Crisis, USA Today said.

Crozier was stationed in Cuba from 1954 to 1958. The DeKalb, Illinois, native served in WWII as an Air Force intelligence and operations specialist in the China-Burma region and in Panama before he working for the newly-created CIA in 1948. Crozier left the CIA in 1963.

After his career in intelligence was over, he found a job as a postal inspector in Washington DC, using a fake biography provided to him by his former employer.

The declassified documents show that, during his service, Crozier crossed paths with spies who would later be arrested in the notorious 1972 burglary of Democratic offices at Washington’s Watergate complex, resulting in Richard Nixon's resignation in 1974.

Cuba: From Castro to Diaz-Canel