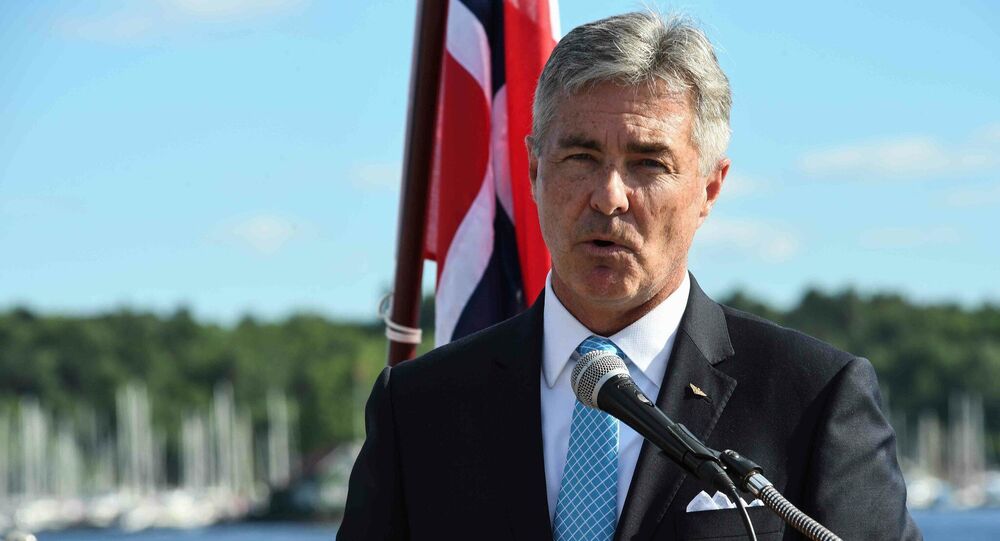 US Secretary of Defence Mark Esper on Sunday fired US Secretary of Navy Richard Spencer over his controversial handling of Navy Chief Petty Officer Edward Gallagher' case, an elite soldier earlier demoted and accused of committing war crimes in 2017.

US President Donald Trump on Sunday tweeted that he would nominate current US Envoy to Norway - a retired Navy rear admiral - Kenneth Braithwaite to the post, suggesting that "Ken will do an outstanding job!".

I was not pleased with the way that Navy Seal Eddie Gallagher’s trial was handled by the Navy. He was treated very badly but, despite this, was completely exonerated on all major charges. I then restored Eddie’s rank. Likewise, large cost overruns from past administration’s.....

....honors that he has earned, including his Trident Pin. Admiral and now Ambassador to Norway Ken Braithwaite will be nominated by me to be the new Secretary of the Navy. A man of great achievement and success, I know Ken will do an outstanding job!

​Esper reportedly said hours earlier - after Spencer submitted his resignation - that he had nominated Braithwaite to the White House as Spencer's successor.

Earlier in the day, a spokesperson for the Pentagon said in a statement cited by US-based media that Esper had lost the "trust and confidence" of his superiors after learning that the Navy secretary had privately proposed to the White House that Gallagher be allowed to retire with his current rank and without losing his status as a SEAL. The DoD chief stressed that in previous conversations with Spencer about Gallagher's case, Spencer had not told Esper of his proposal to the White House.

Esper and Army Gen. Mark A. Milley, Chairman of the Joint Chiefs of Staff, reportedly learned of Spencer’s private offer to the White House earlier this week, after Trump revealed the offer.

In the resignation statement, Spencer has not mentioned Gallagher's case as a reason behind his ousting but stressed that he was no longer sharing "the same understanding with The Commander in Chief".

"Unfortunately it has become apparent in this respect, I no longer share the same understanding with the Commander in Chief who appointed me, in regards to the key principle of good order and discipline. I cannot in good conscience obey an order that I believe violates the sacred oath I took in the presence of my family, my flag and my faith to support and defend the Constitution of the United States".

BREAKING: In extraordinary resignation letter, US Navy Sec. Spencer writes that "I no longer share the same understanding as the Commander in Chief who appointed me, in regards to the key principle of good order and discipline." https://t.co/nV9pJGXJPI pic.twitter.com/u6xX6Ai3xL

Trump had earlier intervened in the cases of Gallagher and two other soldiers, issuing pardons to Army Maj. Mathew Golsteyn, facing a murder trial next year, and former 1st Lt. Clint Lorance - convicted in 2013 in the murder of two unarmed men in Afghanistan - and restored the Navy SEAL rank of Edward Gallagher, who was recently demoted following an acquittal for murder.

Gallagher had been demoted following a July conviction, for posing in a photo with the body of a dead terrorist during a 2017 deployment in Iraq, but was cleared of murder charges after fatally stabbing the restrained captive.