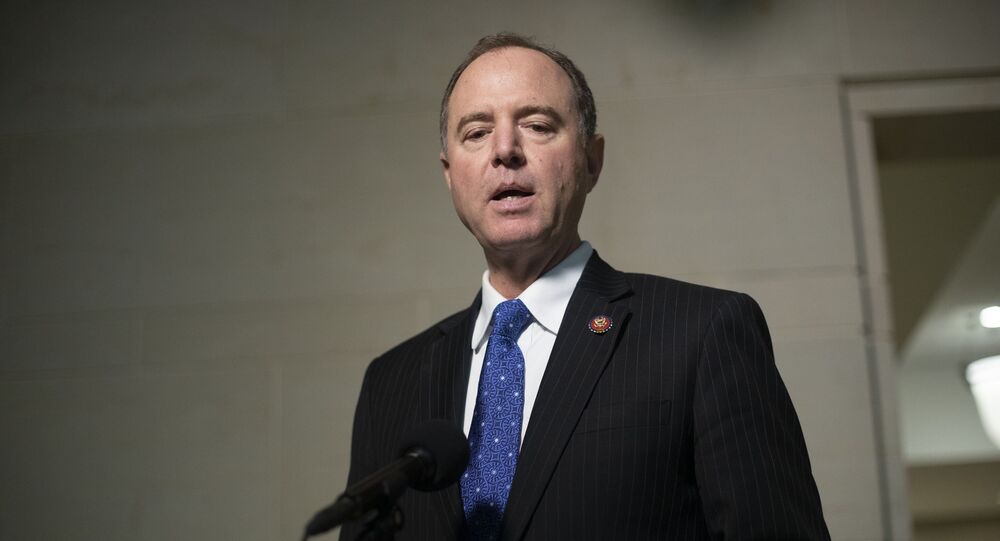 Previously, Bolton responded to calls to testify in the impeachment hearings by threatening to file a lawsuit against US House Democrats if they subpoenaed him, despite reports that he may have information relevant to the probe.

Despite claiming that the impeachment probe has already gathered "overwhelming" evidence of Trump misconduct, House Intelligence Committee chief Adam Schiff has criticised former National Security Adviser John Bolton for not contributing to the cause.

Schiff called on the veteran Trump official to fulfill his “constitutional duty” as soon as possible, instead of, as the House Democrat suggests, keeping what he knows for a memoir he is likely to release.

"There is a sense of urgency when you have a president who is threatening the integrity of our elections that we need to act now. If there is not deterrent […] we can darn well be sure this president will commit even more egregious acts in the months ahead", Schiff stated in an interview for CNN.

In an apparent bid to motivate Bolton, Schiff brought up his former deputy, Fiona Hill, who recently delivered what is has been characterized by many in Washington as devastating testimony against Trump. She reported that US Ambassador Gordon Sondland, who had said that he had advised Ukrainian authorities to open a probe into Bidens, was running a "political errand" for Trump and was acting with the approval of the White House.

"The obligation [for Bolton] right now is to show the courage Dr Hill did. She made the decision that this is the right thing to do. John Bolton should make the same decision", Schiff said.

Bolton has so far refused to testify in the probe, notifying Democrats via his lawyer that he would file a lawsuit if he is subpoenaed. At the same time, Bolton, who recently regained control of his Twitter account, announced that he would instead identify and support candidates for the US Senate and House of Representatives, "committed to policies promoting a strong America" via his own political action committee.

The former national security adviser also reportedly signed a $2-million book deal to publish his memoirs, sparking rumours that he is holding back the dirt on Trump and his administration rather than reveal it publicly, under oath and without payment. Bolton has not commented on these accusations.