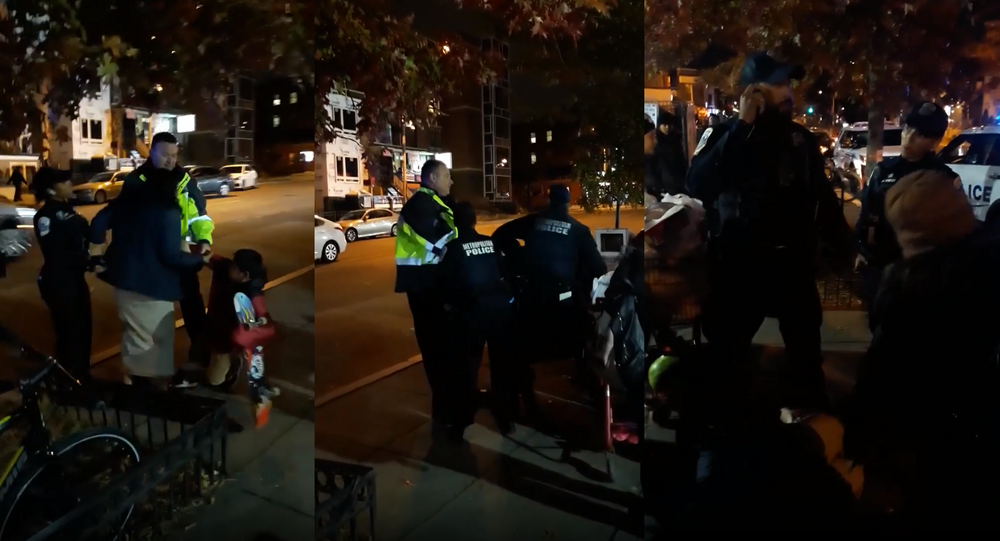 A 15-year-old girl selling plantain chips and grilled corn in Washington, DC, was taken to a children’s hospital on Tuesday, shortly after she and her younger brother were approached and detained by officers over their unlicensed, underage sales.

Washington’s Metropolitan Police Department (MPD) has come under fire this week and an investigation has been launched after video of an unlicensed, teenage street vendor’s interaction with police began circulating online.

The footage, posted by volunteer group Sanctuary DMV, shows the moment in which 15-year-old Genesis Lumes is thrown to the ground by a male police officer and immediately begins screaming in agony about her knee.

“Nobody’s on your knee,” one cop repeatedly says in the video before Lumes cries out that her knee twisted when she was brought to the pavement. Despite her explanation, no officers are seen or heard offering assistance for the remaining 90 seconds of the video.

"I was scared, and all I ask is for them to leave us alone, and for them to stop treating us like criminals," an emotional Lumes said during a November 20 press conference, reported local news station WUSA9.

"We are not criminals. We do not go and steal, and do all this, be in gangs. We don't do that. We go out and sell atole, tacos, chips, mangoes to make a living for ourselves."

The 15-year-old also revealed that she had to be taken to the Children’s National Hospital following the incident, and she was using crutches at the press conference.

MPD has yet to issue a full press statement concerning the interaction, but did inform local news outlets that Lumes and her younger brother - whom she is seen holding in the beginning of the video - were informed that they were being detained and taken to Child and Family Services. However, they were ultimately released to their mother, who appeared on the scene.

Ward 1 Councilmember Brianne Nadeau told WUSA9 that the incident is “concerning” and a “setback on progress.”

“I have been working with our street vendors in Ward 1 to help them become licensed and have also worked to foster understanding between them and our police,” she said in a statement to the outlet. “As a public official, protecting our most vulnerable people is my greatest concern. That includes children and immigrants who live in Ward 1. We can do better than the current situation our immigrant vendors face."

However, Sanctuary DMV argued in a Wednesday tweet that this “isn’t an isolated event,” but instead representative of the ongoing harassment immigrant street vendors have been subjected to at the hands of the MPD and Department of Consumer and Regulatory Affairs (DCRA) - which issues vendor permits.

Many Languages, One Voice, the immigrant activism organization that held the press conference for Lumes, also expressed anger toward the DCRA in a release and asserted the government agency is harassing nonviolent immigrants while willfully ignoring deadly fire code violations that led to the death of a 9-year-old child back in August.

US Cop Gets Sprayed After Helping Struggling Skunk