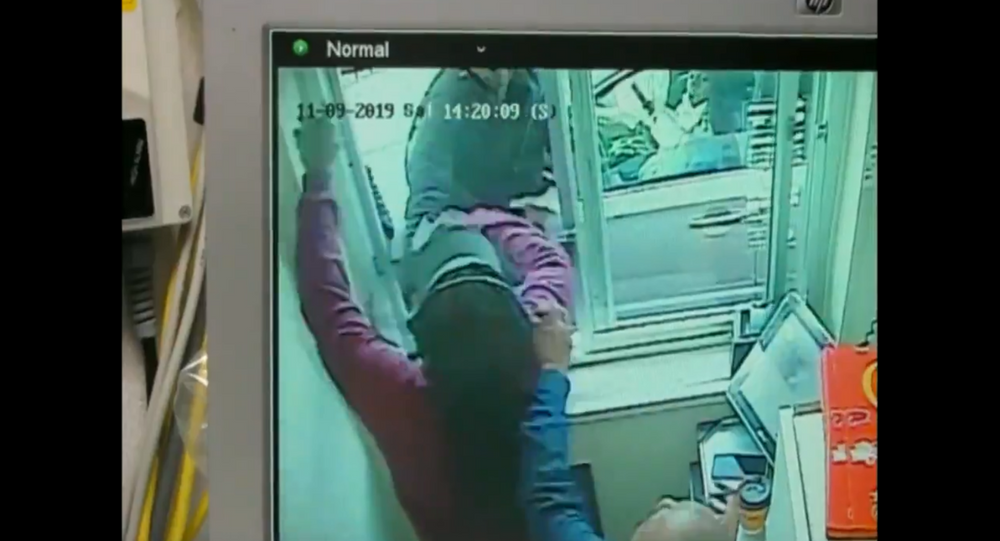 Virginia’s Henrico Police are on the hunt for a pair of McDonald’s customers who were caught on surveillance footage earlier this month violently attacking a drive-thru employee after the trio reportedly wound up in a disagreement over the bill.

The attack took place on November 9, with surveillance footage only being shared on social media by Henrico Police on Wednesday in an effort to get community members to help identify the two suspects seen in the recording.

Released video of the vicious encounter begins with the two disgruntled customers standing in between the restaurant's drive-thru window and a parked car, already engaging in a physical outburst. The recording, which provides two different angles of the brawl, later shows how the male suspect pushes the drive-thru window open and immediately puts his hands on the employee.

​It’s only after the customer manages to grab ahold of the employee’s arm and partially pull her out of the window that the pair of upset diners both lash out, alternating punches to the Golden Arches staffer. The duo are later seen calmly walking away from the scene moments after a second McDonald’s employee jumps in to deescalate the situation.

Citing police, local news station WWBT reported that the two unidentified individuals fled the area in a dark grey Toyota Camry after assaulting the cashier. Officers noted that the vehicle had a bent front license plate and damage to the left rear bumper.

​“That is crazy … that is really crazy,” Wallace Washington, a shocked McDonald’s customer, told news station WSLS. “I guess that’s the world we live in now.”

“That’s ridiculous,” Washington added after being informed of the incident.

As for the employee, Henrico Police have indicated that she is “doing OK” at present.