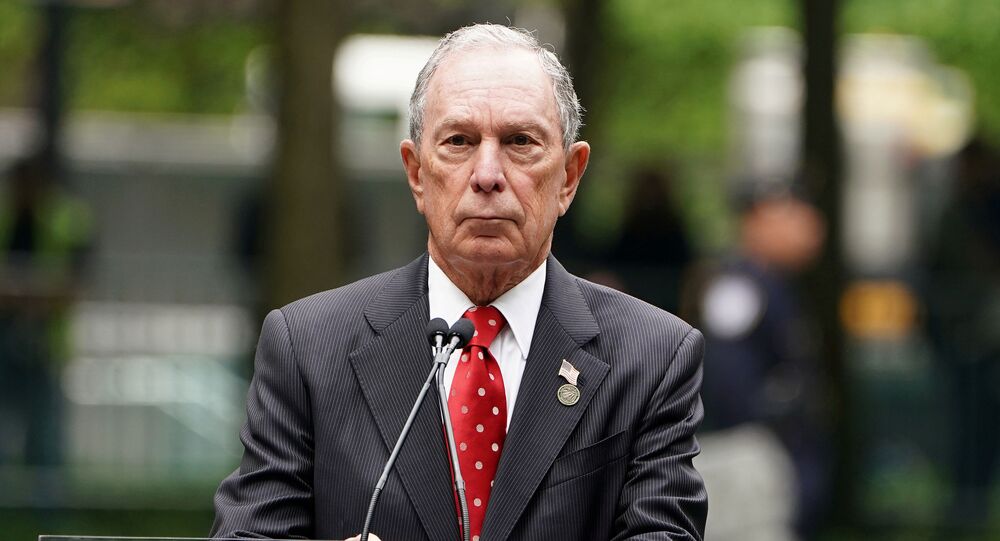 Michael Bloomberg was mayor of New York City from 2002 to 2013 and is the founder of the Bloomberg News outlet. His net worth is estimated at well over $50 billion.

Meanwhile, Reuters reported, citing Bloomberg's aide, that "the former mayor has not yet made a final decision on whether to run, despite today's filing".

Mike Bloomberg just officially filed to run for president. We are doomed as a society pic.twitter.com/lyXI1lSigs

​Earlier in November, Bloomberg launched his bid for the US presidency after registering for the primary election in Alabama, which is scheduled to be held on 3 March.​ The US states of Alabama, Arkansas, California, Colorado, Maine, Massachusetts, Minnesota, North Carolina, Oklahoma, Tennessee, Texas, Utah, Vermont and Virginia will all hold their presidential primaries on the same date.

US President Donald Trump swiftly commented on Bloomberg's decision, claiming that he would fail in his bid to run for president in the 2020 election, saying "little Michael will fail". However, Trump pointed out that he knows Bloomberg fairly well and would be happy if he did end up doing well.

Bloomberg adviser Howard Wolfson, in turn, noted that the former NY mayor fears that no Democratic candidate currently running will beat Trump in the 2020 race.