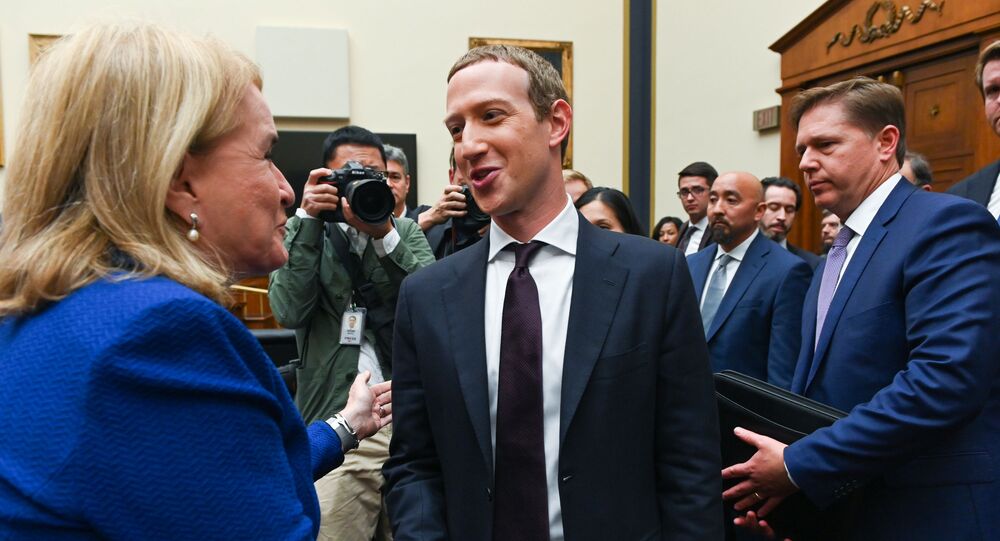 The tech giant’s CEO visited DC at the time to testify before Congress about Facebook's plans to launch its own cryptocurrency, Libra. During his testimony, a congresswoman proposed that Zuckerberg help Congress create a legal framework for cryptocurrencies in the US – an offer that he didn't accept.

Founder and CEO of Facebook Mark Zuckerberg had a meeting at the White House in October, hosted by the US president and the first lady, Donald and Melania Trump, which was not officially announced, NBC News reported. The meeting was also attended by Peter Thiel, a billionaire and Facebook board member, according to the report.

"As is normal for a CEO of a major US company, Mark accepted an invitation to have dinner with the President and First Lady at the White House", a Facebook spokesperson said.

Around the time of the "secret" meeting, the Facebook CEO visited Washington to testify before Congress in relation to his company’s ambition to issue its own Libra cryptocurrency. In his testimony, Zuckerberg assured that he would seek approval from the Federal Reserve before issuing it.

During the testimony, Congresswoman Nydia Velazquez also suggested that Zuckerberg help the government to develop a legal framework for cryptocurrencies in the US. The Facebook CEO, however, was reluctant to accept the offer, noting that it would "seem appropriate" if Congress exercised oversight over regulators through its committees.

Facebook has faced increased scrutiny in recent years following revelations that the personal data of billions of its users has been obtained by third parties and could have been used to influence US elections. The company was recently fined $5 billion in the US and is still facing similar scrutiny in the EU.