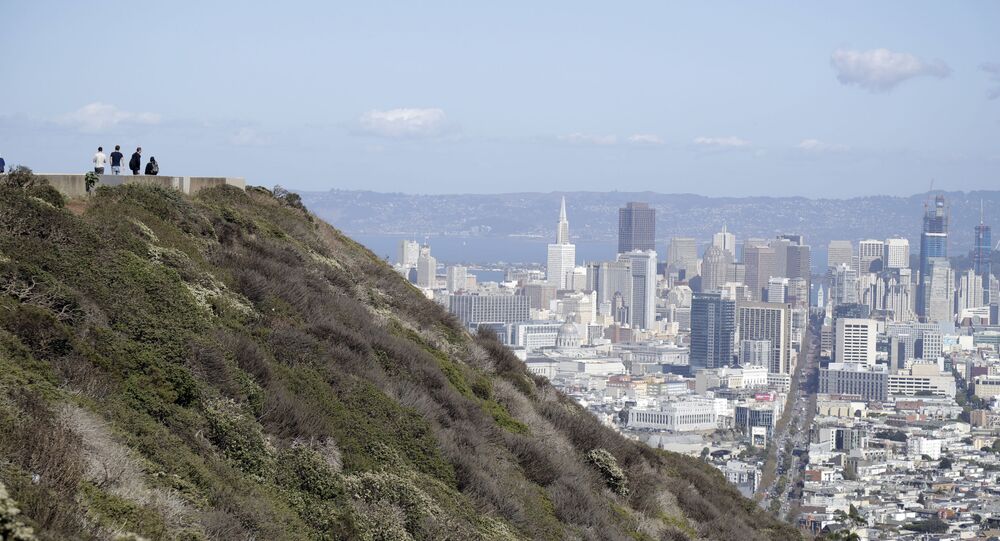 NEW YORK (Sputnik) - California's Pacific Gas and Electric Company (PG&E) said in a statement that it was shutting off electricity supply selectively across the state to prevent the risk of fire, expecting some 48,000 residents to experience a loss of power.

"For safety, PG&E turned off power to approximately 48,000 customers Wednesday morning. These customers are in portions of Colusa, Glenn, Lake, Mendocino, Napa, Shasta, Solano, Sonoma, Tehama and Yolo counties. Wind speeds exceeding 50 mph were recorded earlier today in most of these counties, including wind speeds over 70 mph in Sonoma County", PG&E said in the statement.

Earlier, the utility company warned that it would shut off power to over 150,000 customers, but later reduced the number of impacted households due to improved weather forecasts.

PG&E responded to the forecast by preemptively cutting power to tens of thousands of residents and businesses, in a bid to prevent its aging infrastructure from causing new blazes.

Some of the most damaging fires in California history were caused by downed PG&E power lines, including several fires this season. Poor infrastructure management and deferred maintenance by the monopoly utility is at the root cause of the fires, according to multiple reports across the state

Last month, some 1.5 million people in California were left without power for days as PG&E turned off electricity to prevent aging cables from creating worsening wildfires fanned by the strong winds.

Utility Company Set to Leave 1.5 Million Without Power in California Amid Wildfires