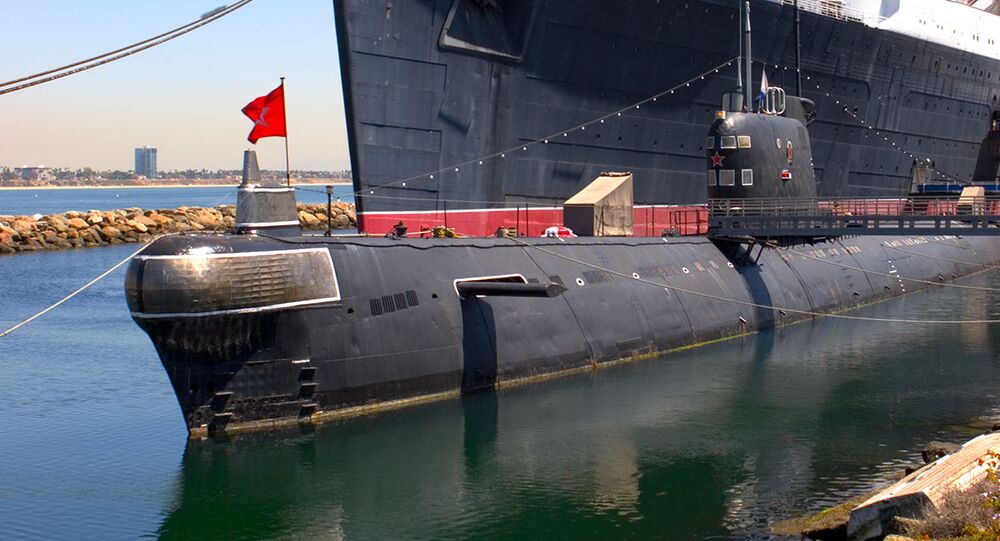 The 48-year-old Soviet Foxtrot-class submarine, known as the Scorpion, was a tourist attraction for paying visitors until 2015 when it was closed due to its poor condition.

A Soviet submarine stationed in Long Beach, Los Angeles near the Queen Mary ocean liner, is to be sold to an anonymous buyer, the Los Angeles Times reported on Tuesday.

The submarine, owned by Palm Springs-based NewCo Pty Ltd and leased to Urban Commons real estate and development company has been closed to visitors since 2015 due to its poor condition.In 2016, NewCo filed a lawsuit accusing the previous leaseholder of bad maintenance as, according to the company, the submarine was covered in rust, grime and peeling paint and infested with raccoons.

UK Royal Navy
Photos: UK Confirms Discovery of Lost WWII-Era Submarine Off Maltese Coast
Both, the owning and the leasing companies have confirmed that the deal on the purchase has been in the works but refused to give any details about the buyer, who insisted on remaining anonymous.