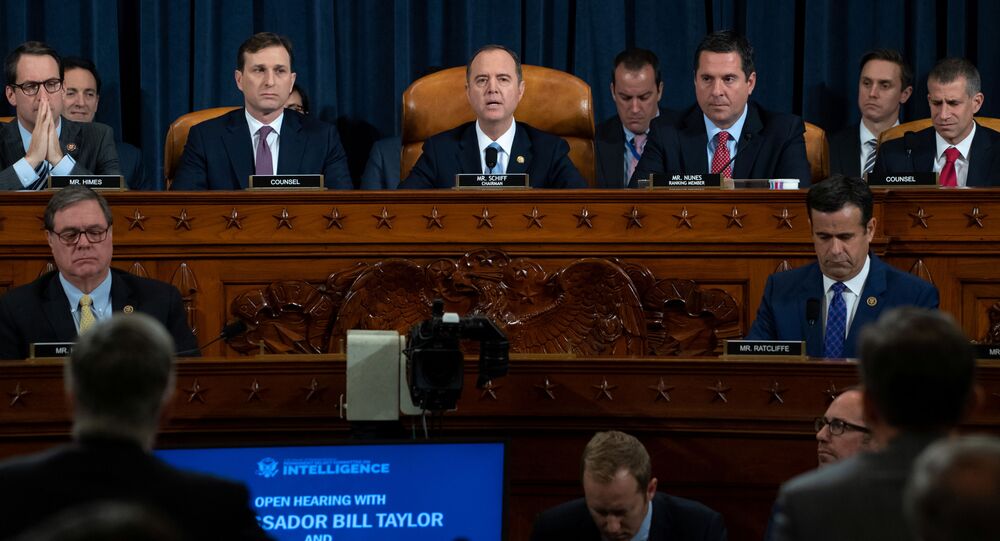 The House began public hearings in the impeachment probe against the president last week, with Trump's opponents accusing him of illegally pressuring Ukrainian President Volodymyr Zelensky to investigate potential corruption by the son of former Vice President Joe Biden during his employment with a Ukrainian energy company.

President Donald Trump has suggested that he is "strongly" considering the idea of testifying at the Democrat-led impeachment inquiry, even though he "did nothing wrong" and doesn't "like giving credibility to this No Due Process Hoax."

....that I testify about the phony Impeachment Witch Hunt. She also said I could do it in writing. Even though I did nothing wrong, and don’t like giving credibility to this No Due Process Hoax, I like the idea & will, in order to get Congress focused again, strongly consider it!

In his tweet, Trump referred to Democratic House Speaker Nancy Pelosi's Sunday interview on CBS's Face the Nation, in which she suggested that the president should testify in the ongoing impeachment hearings.

House Democrats launched the impeachment probe into Trump in late September, following a complaint by a mystery CIA whistleblower accusing Trump of an abuse of power by allegedly pressuring Ukraine's president to restart an investigation into the possible illegal activities of Hunter Biden, son of former Vice President Joe Biden, during his work for Ukrainian energy company Burisma between 2014 and 2019. Trump's opponents accuse the president of threatening to withhold some $400 million in US military aid unless the investigation was restarted, and characterise the president's efforts as an attempt to 'get dirt' on his potential 2020 rival.

The White House has released two transcripts of telephone conversations between Trump and Zelensky, showing no clear evidence of illegal activity by the president. Biden, meanwhile, has publicly bragged about having Ukraine's prosecutor fired after putting pressure on the Ukrainian president.