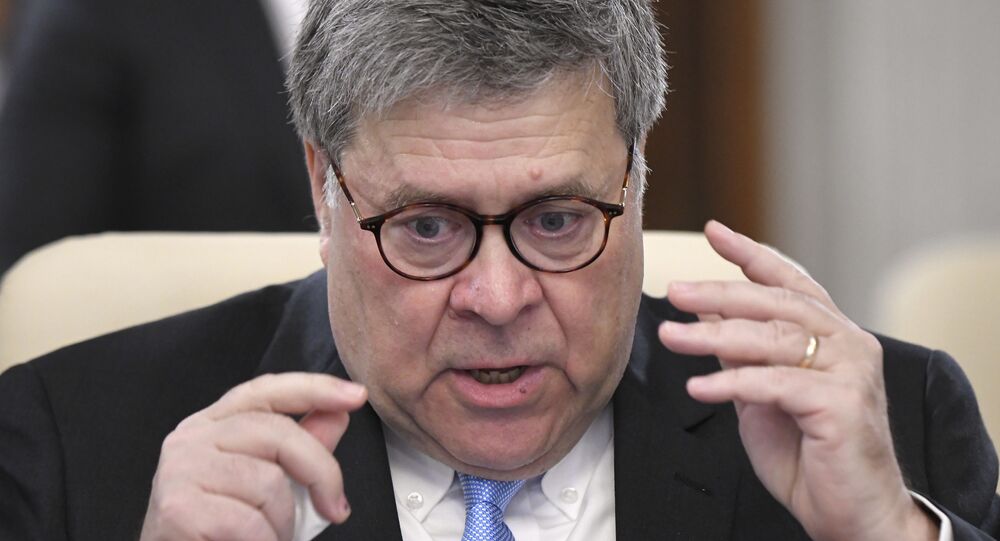 Attorney General Bill Barr accused congressional Democrats Friday of “using every tool” to “sabotage” the Trump administration, setting a “dangerous” precedent in implying that the government is illegitimate.

During a speech at the Federalist Society’s dinner in Washington, Barr took aim at liberal lawmakers, accusing them of attacking the foundations of the US Constitution.

“I deeply admire the American presidency as a political and constitutional institution,” he began. “Unfortunately over the past several decades, we have seen a steady encroachment on executive authority by the other branches of the government.”

Barr recalled the “avalanche of subpoenas” and constant attempts to derail appointments by the Trump administration, noting that they have only served to “incapacitate” the executive branch.

“Immediately after President Trump won the election, opponents inaugurated what they called the ‘resistance’ and they rallied around an explicit strategy of using every tool and manoeuvre to sabotage the functioning of the executive branch and his administration. The cost of this constant harassment is real,” he continued.

Barr argued that the language used by Trump’s opponents reminds him of that of militant groups who attempt to overthrow the rule of seized governments, saying it “connotes that the government is not legitimate.” He outlined that such a connotation is dangerously deceptive in a democratic republic with a “duly elected government.” He added that Trump’s presidency, indeed, falls outside the norm of previous administrations, yet he was elected with the public fully aware of this.

Barr’s comments came on the same day as Congress held a second public hearing in the House impeachment inquiry launched on 24 September over a whistleblower complaint that claimed the president allegedly put pressure on the Ukranian president Volodymir Zelensky to investigate potential corruption dealings of Joe Biden and his son in Ukraine.  Right from the start, Trump has dismissed the impeachment inquiry against him as another ''witch hunt'' and insists that pure hearsay cannot serve as the basis for impeachment.