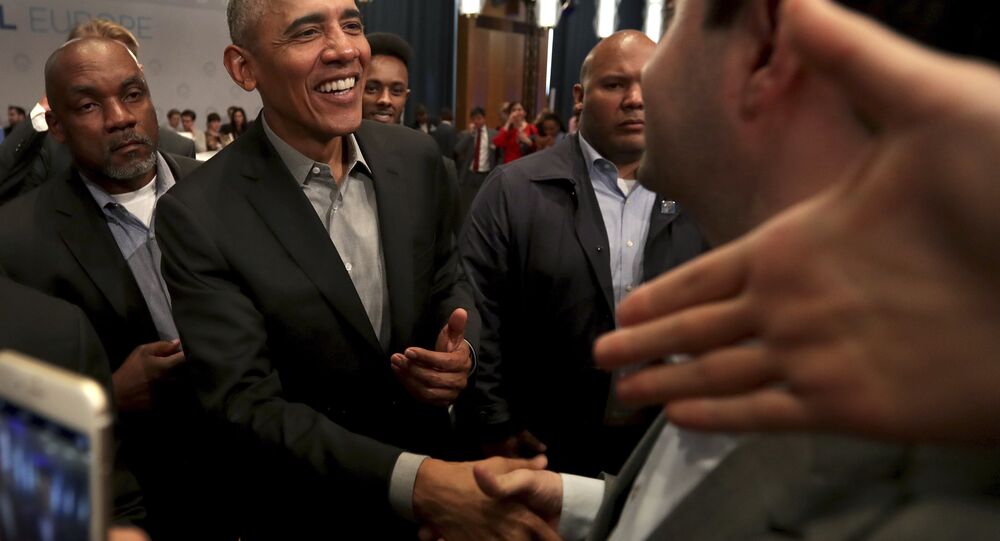 Statements made by the former president during a meeting of Democracy Alliance, a network of liberal donors, have drawn huge criticism from supporters of the Democrats. One said that President Obama had turned his back on the idea of hope and change that he campaigned on in 2008.

Former US President Barack Obama has called on Democrats running for president in 2020 to be realistic and cautioned against moving too far to the left. Speaking to wealthy Democratic donors, the 44th president seemed to suggest an approach that would balance bold ideas and the desire to address voters’ concerns.

“My point is that even as we push the envelope and we are bold in our vision, we also have to be rooted in reality and the fact that voters, including Democratic voters and certainly persuadable independents or even moderate Republicans, are not driven by the same views that are reflected on certain, you know, left-leaning Twitter feeds or the activist wing of our party”, President Obama said.

These statements mark the first time that the ex-president has spoken about the Democratic primaries. Although he did not mention anybody by name, US media speculated that his comments about “bold ideas” were aimed at senior Massachusetts Senator Elizabeth Warren and Vermont Senator Bernie Sanders, whose campaign promises were criticised by fellow senators on both sides of the aisle for being too radical and unfeasible.

Addressing the audience at the Democracy Alliance meeting, Obama said:

"This is still a country that is less revolutionary than it is interested in improvement. They like seeing things improved. But the average American doesn’t think that we have to completely tear down the system and remake it. And I think it’s important for us not to lose sight of that".

Warren and Sanders want to introduce free college tuition, eliminate current student loans, and also replace private health insurance with a government subsidised one, or Medicare-for-all. Despite the fact that both politicians support the same idea, Sanders criticised Warren’s plan, saying it would hit average workers and employers as she wants to create “employer contribution” into the Medicare fund.

On 15 November, Warren released the blueprint for her plan, which says that her proposal would require an estimated 20.5 trillion dollars in new federal spending over a decade. Democratic presidential candidate Michael Bennet said Warren’s numbers "are not believable" and "have been contradicted by experts". Another Democrat, Joe Biden, who is considered Donald Trump’s main potential rival in the 2020 race, said Warren had made the numbers up.