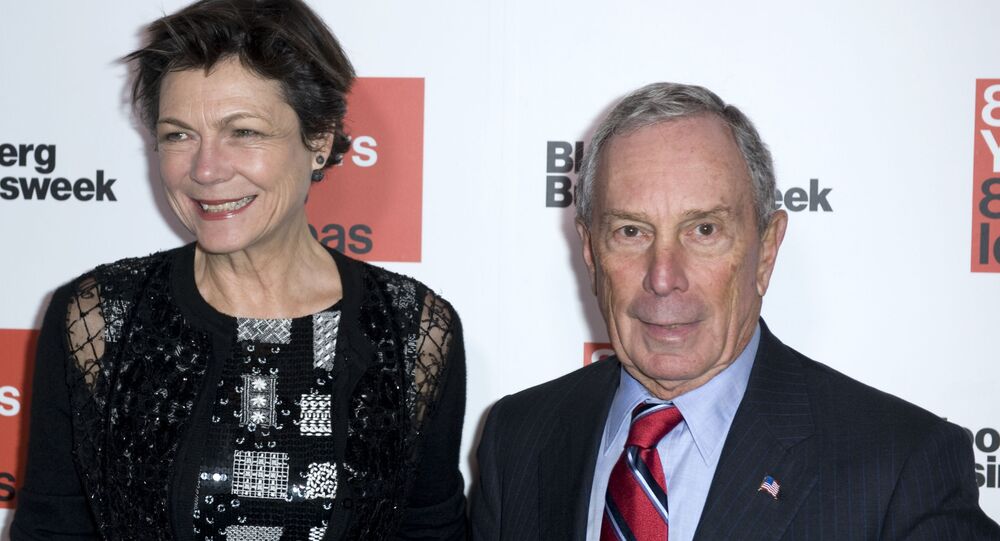 The former New York mayor has now started a hefty ad campaign targeting US swing and battlefield states, where Donald Trump narrowly defeated Hillary Clinton in 2016. The move, however, has been interpreted as a start to a grand 2020 campaign, especially given his partner’s decision to swap camps.

Media mogul and former Mayor Mike Bloomberg’s girlfriend, Diana Taylor, a long-time Republican, re-registered as a Democrat in October 2018 - at the time he first floated the idea of running for president in 2020, the New York Post reported.

Years earlier, Taylor herself considered a 2010 Senate run as a Republican, the edition noted.

The move filed with the Board of Elections came around the same time as the billionaire changed his registration from independent to Democrat in a bid to challenge POTUS Trump.

While the ex-New York mayor, who also had a brief stint as a Republican from 2001 to 2003, has yet to register as a candidate, his former colleagues and current mayors seem to be applauding the potential move, by default:

“If Mike Bloomberg runs for president, he will command the support of current and former mayors across America. I would be one of them”, said former Miami Beach, Florida, Mayor Philip Levine, who is running for governor as a Democrat in Florida.

“As a fellow mayor, Mike was and is considered one of the greatest mayors in history”, he added. “If he throws his hat in the ring, I believe he would present the president with the most formidable challenge in the field”, Levin enthusiastically remarked.

Michael Bloomberg's final decision on a presidential run is "days, not weeks" away, Axios wrote on Friday citing an unnamed source, adding an announcement is expected before Thanksgiving.

The source familiar with the tycoon’s plans said the former New York mayor's funding of a $100 million, digital, anti-Trump ad series is "a step toward running for Mike, not a step away from running”, and that “he is actively preparing”.

The ad campaign was first reported by The New York Times, and it is aimed at helping whoever wins the Democratic nomination kick-start general election campaigning as early as possible to target the Trump juggernaut in such battleground states as Pennsylvania, Wisconsin, and Michigan.

Bloomberg Is to Decide Whether He Will Run for 2020 in ‘Days, Not Weeks’ – Reports