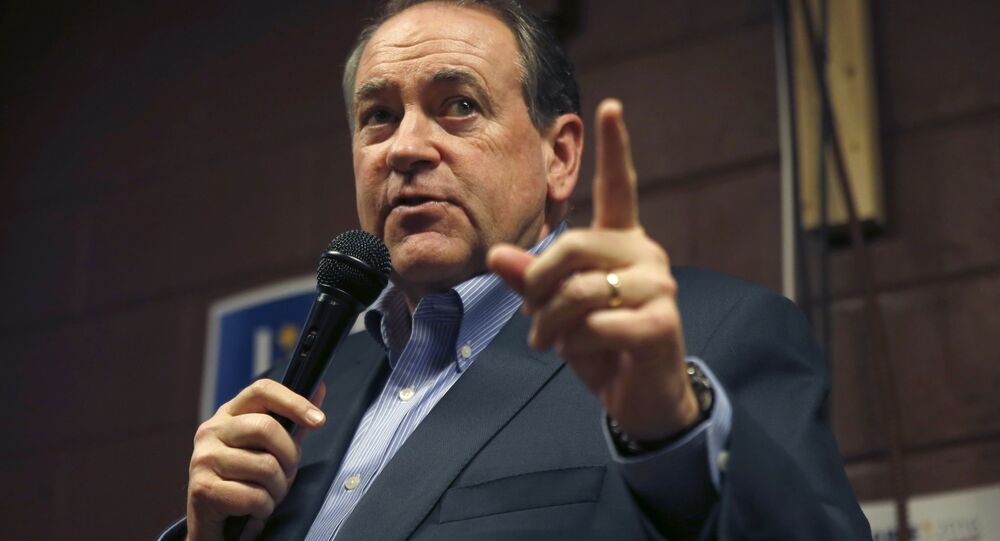 Ex-Arkansas Gov. Huckabee Says Trump ‘Had Every Right to Remove Yovanovitch From Her Post'

In response to Marie Yovanovitch calling out Trump for “hollowing out” the State Department during her testimony Friday, former Arkansas Gov. Mike Huckabee defended the US President, saying that the removal of unelected officials is the consequence of winning an election.

Huckabee told “The Story with Martha McCallum” on Friday that the impeachment inquiry is “about the hatred of Donald Trump. Not because it’s some great big difference in the way things have been done.”

“The people elected him and foreign policy is the domain of the elected official and not the unelected bureaucrats,” he said.

Yovanovitch, the former US ambassador to Ukraine, called out Trump during her testimony for cutting the State Department budget while increasing military spending.

“The State Department as a tool of foreign policy often doesn’t get the same type of attention or even respect as the military might of the Pentagon," she said. "But we are, as they say, the pointy end of the spear. If we lose our edge, the US will inevitably have to use other tools, even more than it does today.”

Trump replied on Twitter, saying that his administration simply doesn’t need as many people in the department as previous administrations have had, being cost-efficient.

We have vacancies in various departments because we do not want or need as many people as past administrations (and save great cost), and also, the Democrats delay the approval process to levels unprecedented in the history of our Country!

Yovanovitch also told lawmakers that she believes that Trump attorney Rudy Giuliani played a key role in her recall by telling people she was not sufficiently supportive of the president.

“Donald Trump came in, intentionally, to be a disruptor and he’s every bit of that," Huckabee said. "But that’s what he said he was going to do and I think people ought to not be so shocked that he has disrupted the normal flow of the way policy has worked.”

The impeachment inquiry against President Trump was launched on 24 September over a whistleblower complaint that the President allegedly put pressure on the Ukranian president Volodymir Zelensky to investigate potential corruption dealings of Joe Biden and his son in Ukraine. It was later revealed, however, that the information provided by the so-called whistleblower was ''something they heard from somebody else.''

Right from the start, Trump has dismissed the impeachment inquiry against him as another ''witch hunt'' and insists that pure hearsay cannot serve as the basis for impeachment.