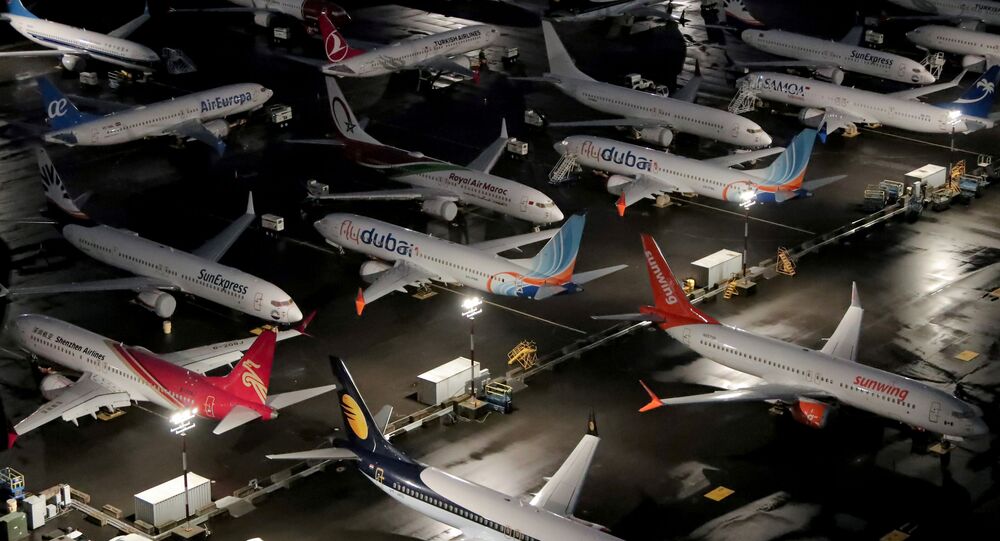 WASHINGTON (Sputnik) - United Airlines has joined two other US carriers in delaying the resumption of Boeing 737 Max service until March amid a controversy over the company’s safety record and conduct since fatal crashes involving the jet.

"We won’t put our customers and employees on that plane until regulators make their own independent assessment that it is safe to do so", United Airlines said in a statement Friday.

The airline has given 4 March as the tentative resumption date for Max flights on its service.

United Airlines added that the latest Max-related schedule change will result in 1,600 advance flight cancellations in February and 168 in early March.

US media reported Friday that Southwest Airlines has removed 175 daily Max flights from its schedule, while American Airlines has taken off 140 daily flights.

Boeing said on Monday it planned to resume deliveries of the 737 MAX model to customers in December this year after certification by the FAA.

In the wake of two deadly accidents, aviation authorities and carriers around the world either grounded all 737 MAX series aircraft or closed their airspace to them.

In October 2018, a Boeing 737 MAX plane crashed in the sea off the coast of Indonesia, and half a year later, another aircraft of the same model crashed in Ethiopia. The two tragedies killed a total of 346 people. A subsequent investigation revealed that errors in the functioning of the Maneuvering Characteristics Augmentation System were the likely cause of the crashes.