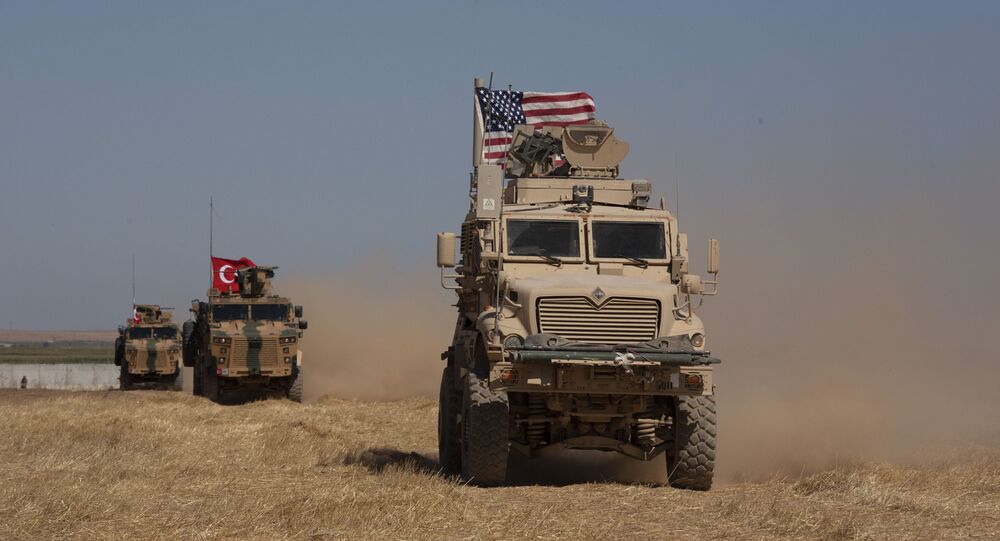 The US president earlier announced that the two countries national security teams would soon start working on resolving the disagreements between Washington and Ankara over the latter's decision to buy Russian S-400 air defence systems. The US claims these systems pose a threat to F-35 jets and lack interoperability with other NATO systems.

On 13 November, US Defence Secretary Mark Esper stated that Washington seeks to get Turkey "back in [sic] the fold" despite Ankara's recent moves, sometimes interpreted as being directed away from NATO. These include decisions by Turkey to buy Russian S-400 air defence systems instead of American systems and undertaking a military operation against Kurds in northern Syria, both of which caused displeasure in Washington.

"They've been good allies for many years, all the way back to fighting alongside the United States in the Korean War, up to [its] presence with us in Afghanistan", Esper said.

The Pentagon chief believes this can be achieved via the two countries continuing to build stronger ties "particularly at the [military-to-military] level" and ensuring "an enduring relationship" that will survive the present "tough period" in bilateral relations.

Esper's statements come soon after US President Donald Trump and his Turkish counterpart Recep Tayyip Erdogan met at the White House to discuss a wide array of issues. The two presidents addressed Ankara's purchase of Russian S-400 air defence systems despite Washington's continued protests. The US has insisted that these systems pose a threat to fifth-generation F-35 stealth jets and banned their sale to Turkey unless the latter ditches Russian weaponry.

In a presser that followed the bilateral meeting, President Trump announced that the two countries national security teams would start working on a solution to the S-400 issue. It's so far unclear when the first results of the group's work will see the light of day.

The S-400 issue is not the only issue that has been souring US-Turkish relations of late. Washington, on several occasions, has called on Turkey to stop its offensive in Syria, targeting the predominantly Kurdish YPG militia, which is allegedly tied to the PKK – a group viewed as a terrorist organisation by Ankara. At the same time, Syrian Democratic Forces, which the YPG is a branch of, has long been Washington's ally in Syria and helped a US-led coalition to fight Daesh*.