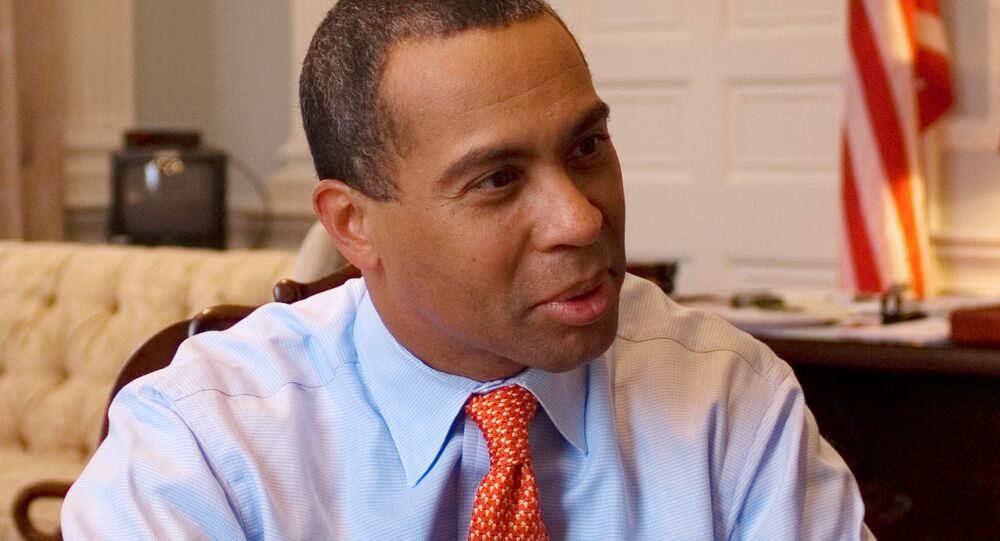 As of October, 18 Democrats and four Republicans, including President Donald Trump, were competing in the 2020 US presidential race.

Former two-term governor of Massachusetts Deval Patrick has announced his bid for the White House.

"I admire and respect the candidates in the Democratic field that bring a richness of ideas and experience and a depth of character that makes me proud to be a Democrat. But if the character of the candidates is an issue in every election, this time is about the character of the country. So in the spirit of profound gratitude for all the country has given to me, with a determination to build a better, more sustainable, more inclusive American dream for the next generation, I am today announcing my candidacy for president of the United States", Patrick said.

Patrick, 63, is an American politician, civil rights lawyer, and the 71st governor of Massachusetts, who served from 2007 to 2015. He was first elected in 2006, succeeding Mitt Romney at the post.

Four candidates are at the top of the polls, according to reports, with former Vice President Joe Biden in the lead, closely followed by Senators Elizabeth Warren and Bernie Sanders, as well as Senator Pete Buttigieg.

US President Donald Trump has been embroiled in a political scandal that led to the Democrats launching an impeachment inquiry in September. Trump is being accused of having misused the powers of his office by asking Ukrainian President Volodymyr Zelensky to investigate his political opponent Joe Biden.

The US president has denied the allegations, labelling the inquiry another political witch hunt.