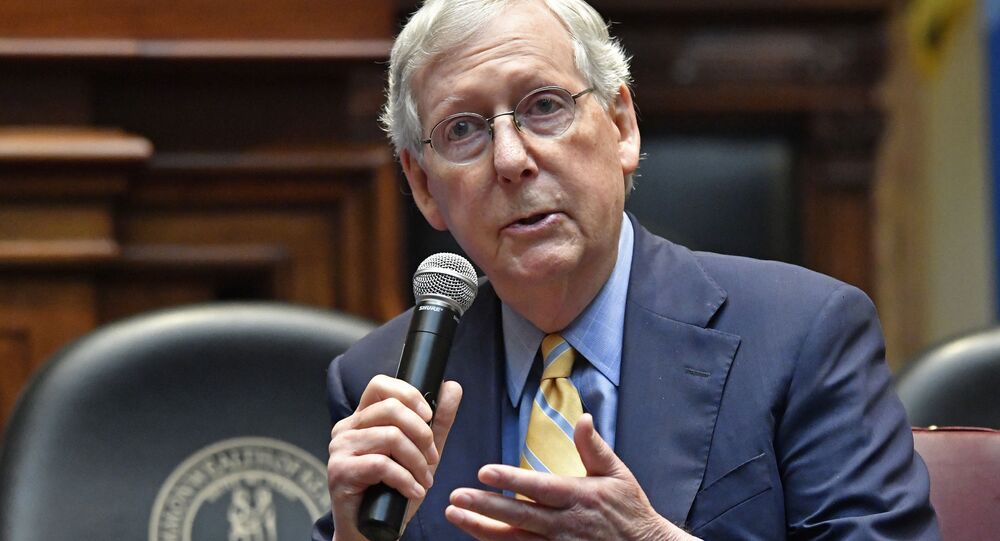 WASHINGTON (Sputnik) - The regular business of the US government is paralyzed because the House of Representatives will not pass necessary funding legislation in their obsession with trying to impeach President Donald Trump, Senate Majority Leader Mitch McConnell says.

McConnell said there were sufficient members of Congress and resources to permit the transaction of important regular business to fund the workings of government and national defence even while the impeachment testimony was underway before individual committees of the House.

He added that he does not see why the House Democrats cannot conduct business while one committee is dealing with the impeachment hearings.

The impeachment inquiry was launched by the House Democrats against President Trump earlier in September, following a whistleblower complaint about an alleged ''abuse of power'' on the part of Trump during his 25 July call with the Ukranian leader Vladimir Zelensky. Democrats have accused the president of ''putting pressure'' on Zelensky to investigate 2020 Democratic frontrunner Joe Biden and his son's potential corruption crimes in Ukraine.

It turned out later that the information provided by the so-called whistleblower, whose identity is being concealed by the Dems at his request, was something he ''heard from someone else''. Most Republicans have therefore insisted that this knowledge is pure hearsay and cannot serve as reliable evidence for impeachment.