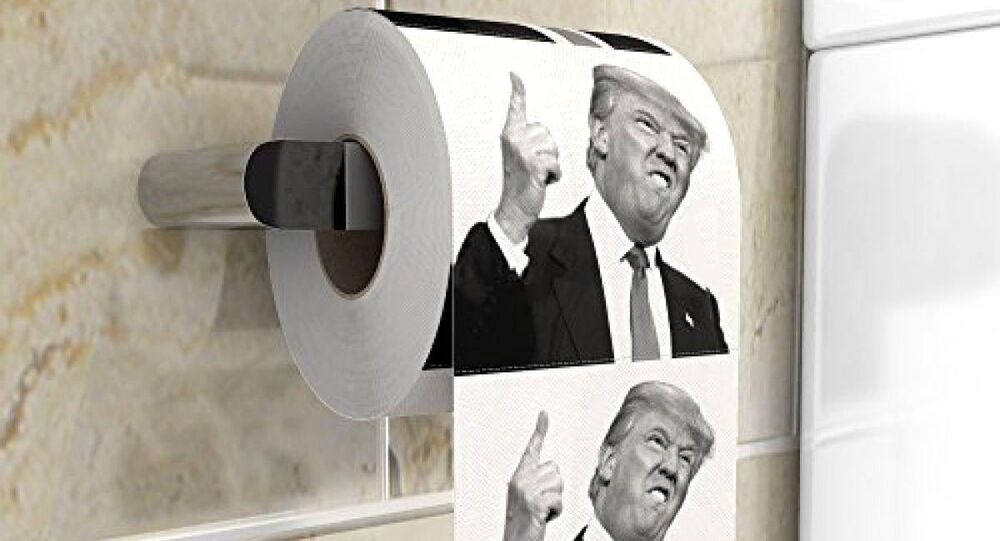 The embarrassing episode – although POTUS, deep in his thoughts and an intimate exchange with his wife Melania, hardly noticed it – prompted memories of a hilarious video from last year

After taking the floor at the Economic Club of New York on Tuesday, Donald Trump was seen leaving the presidential limousine at the Wall Street Helipad Landing with the first lady, but apparently not only her. Attentive viewers caught a glimpse of a piece of toilet tissue awkwardly stuck to his shoe and swinging in the cold Big Apple wind.

This is the second time that this has happened to the president: he was previously mocked for sporting toilet paper on his shoe when he boarded Air Force One in October 2018. The viral video of the awkward moment racked up three million views, with netizens appearing to give the whole story a hearty laugh over and over again:

“You are out of paper”, mocked one in a markedly serious tone, while another opted for a less wordy “Oh my” remark.

You’re out of toilet paper. pic.twitter.com/FES9SKNYUs

On the topic of toilet paper, at least two new Donald Trump-themed bathroom essentials have recently hit the market shelves – an orange Trump toilet brush and the black and white Trump tissue roll with prints of America's 45th president making a “kissy-face”. Toilet paper featuring Donald Trump's face was earlier made available on Amazon. In the description of the item, the Amazon user promised to "make toilet paper great again".