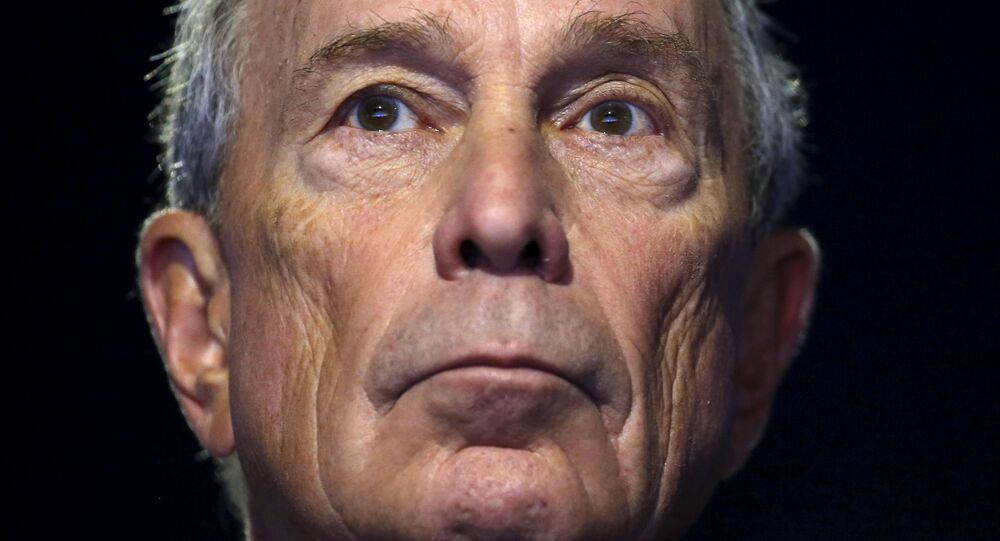 WASHINGTON (Sputnik) - Billionaire businessman and former New York City Mayor Michael Bloomberg, a possible late entry in the race for the US Democratic presidential nomination, faces difficulty winning over voters in the state of Iowa, which hosts the first vote in the 2020 state-by-state contests, a new Monmouth University poll revealed.

"Mike Bloomberg receives a chilly reception among Hawkeye State Democrats as he considers whether to make a late entry into the nomination contest", a press release summarizing the poll said on Tuesday.

Bloomberg is not a candidate in Iowa but plans to begin registering in states that will follow, tempted by weaknesses in campaigns of the three top candidates - former Vice President Joe Biden and Senators Elizabeth Warren and Bernie Sanders.

Perhaps the most surprising finding of the Monmouth poll is the emergence of Mayor Pete Buttigieg of South Bend in the State of Indiana, who appears to have surpassed Biden, Warren, and Sanders atop the Democratic pack.

Buttigieg’s gains since the summer have been across the board, with increasing support coming from nearly every demographic group, the release added.

The Iowa caucuses, the first major contest in the presidential primary season, are widely viewed as a strong indicator of how well a candidate will do in future primaries.

In contrast to primaries, in which voters cast ballots as in a general election, some states like Iowa hold the Caucasus, which are private contests run by political parties in which groups of voters select a preferred candidate.