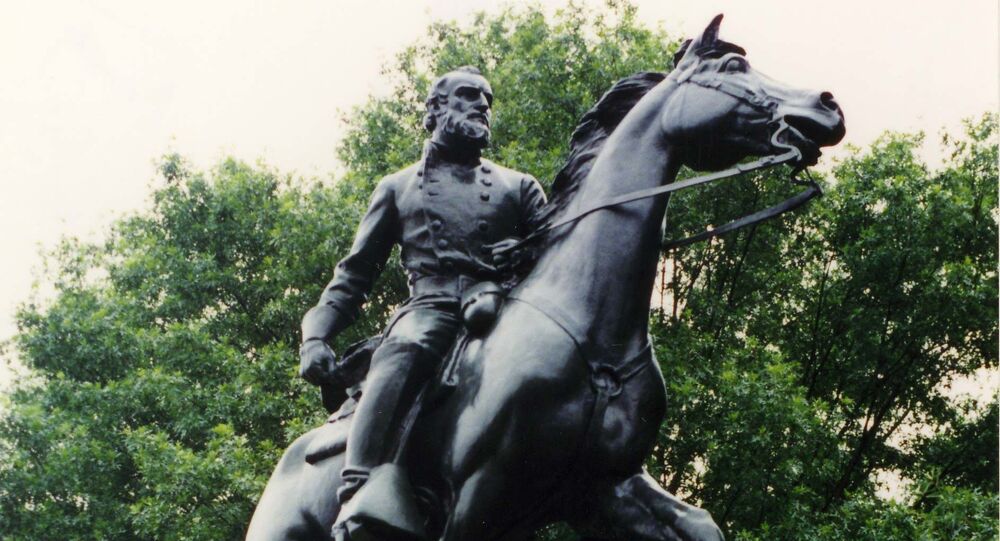 Police officers in Charlottesville, Virginia, are searching for answers after they removed a camera and a homemade tripwire device from the area near a controversial Confederate statue.

Charlottesville Police Department spokesman Tyler Hawn announced Monday that officers reported to the statue of Confederate General Thomas “Stonewall” Jackson and retrieved both a camera and a “self-made” device that, according to the Associated Press, was an apparent tripwire.

Despite the statue and another monument of Confederate General Robert E. Lee being sites of vandalism for the city in recent months, Hawn noted that neither the camera nor device belonged to the police department.

Back in September, the Jackson and Lee statues were spray painted with “1619” - the year in which the first ship of enslaved Africans arrived in Virginia.

Conversation and proposed legislation surrounding the removal of Confederate statues from public places has been a national issue and point of disagreement for the past couple years.

Some with a more nuanced view argue the polarizing figures, most of which were erected during and after times of Jim Crow racial segregation laws, would be more suited for display in a museum rather than in the public eye.

Residents in Charlottesville, however, have been calling for the removal or relocation of the statues for quite some time, and that outrage turned to national tragedy in 2017 when the “Unite the Right” rally in support of the monuments brought both white supremacists and counterprotesters to the city, resulting in one death and several injuries.

While Charlottesville Circuit Judge Richard Moore ruled that Charlottesville cannot remove the statues from the city, as they are protected by Virginia State Code §15.2-1812, future legislation to amend this law may be on the horizon as a result of Democrats gaining control of the state’s General Assembly for the first time in over two decades.

"This is about what do we remember? What do we honor? It's the right to decide what we celebrate," Democratic Delegate-elect Sally Hudson, whose district includes Charlottesville, said following the election earlier this month.

No Peeking: FAA Bans Drone Flights Over a Total of 12 Federal Facilities