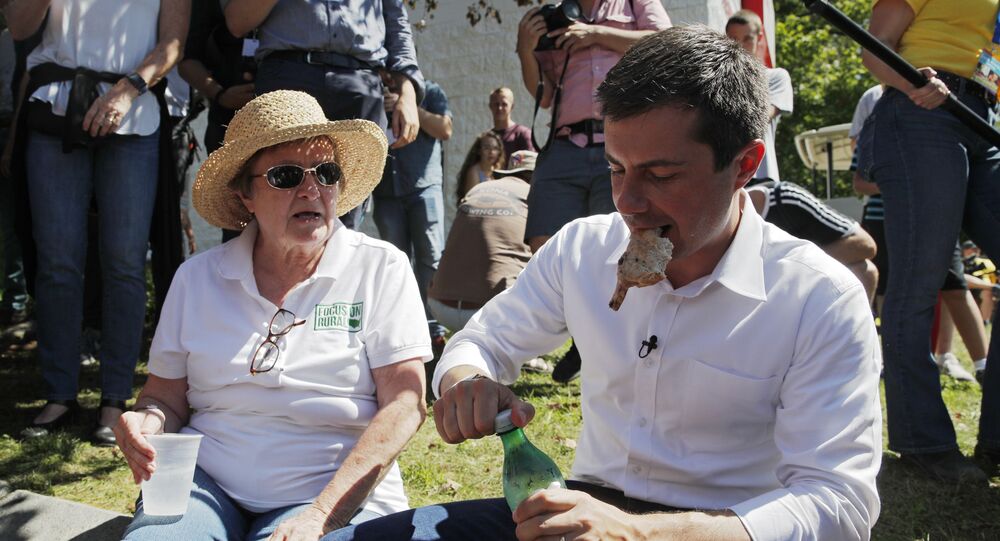 Pete Buttigieg is a US Democratic 2020 presidential election candidate and current mayor of South Bend, Indiana.

A photograph of Democratic presidential hopeful Pete Buttigieg having a bite of a cinnamon roll at Ruby’s Restaurant went viral on Twitter as users thought at first that he was eating ‘a chicken wing’.

Twitterians widely ridiculed and made fun of the photo, reposting earlier photographs in which the candidate appeared to be eating and drinking in “funny manners”.

i don't care what your politics are, it is illegal to cut a cinnamon roll into pieces with a knife and then eat it like a chicken wing pic.twitter.com/x1GFl1HNz1

Some Twitter users argued that Buttigieg’s eligibility to be a US president and run the country would be diminished if he “can’t eat a cinnamon roll.”

He should have ordered the boneless cinnamon bun. pic.twitter.com/Q0BHYD59oc

The purported food gaffe bears a striking similarity to the outcry against current US President Donald Trump who, in 2011, was seen in the company of former US vice presidential candidate Sarah Palin, oddly eating a piece of regular cheese pizza with a fork and knife.

He should have ordered the boneless cinnamon bun. pic.twitter.com/Q0BHYD59oc

​"I don't even understand how biting into a tiny piece of soft pastry could possibly require...two hands? and that... face?," said someone.

I don't even understand how biting into a tiny piece of soft pastry could possibly require...two hands? and that... face?