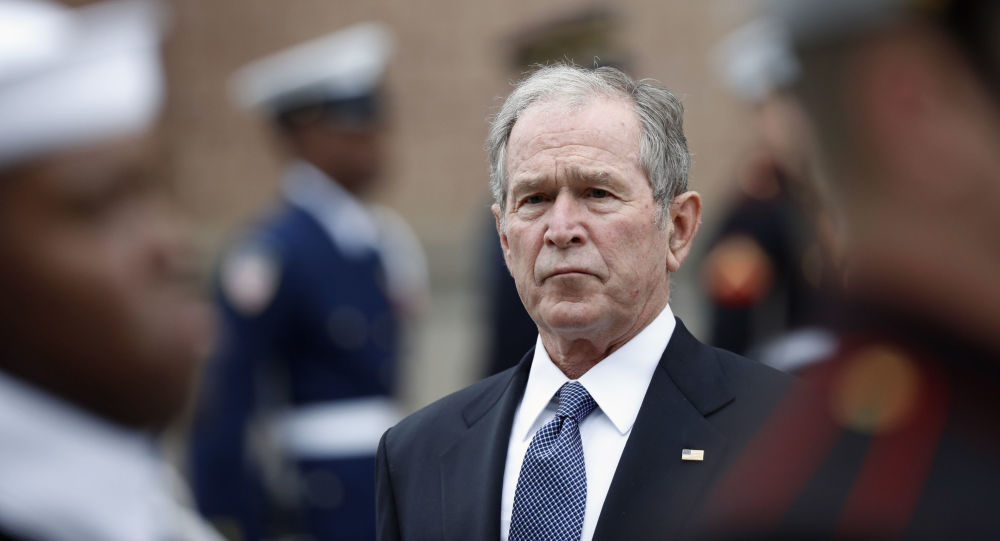 Former US President George W. Bush, 73, took questions about politics from former press secretary - now Fox News anchor - Dana Perino, in Crawford, Texas, on Friday, where the 43rd occupant of the Oval Office was participating in a 100-kilometer bike race intended to benefit US military veterans.

“I’m optimistic about the future because as you mentioned democracy is self-healing. This is an unsettled period in our country, but it isn't the first time we have had unsettled periods”, Bush told his former press secretary.

The answer came after Perino asked Bush to think about the legacy his father, George H.W. Bush, who was the US president when the Berlin Wall fell 30 years ago.

The younger Bush said, however, that the country's course could be straightened but he hinted that he might not see that day coming in his life.

“I won't be around to see my grandkids thrive and prosper, but I am convinced the world they’ll be entering into will be unique and full of all kinds of possibilities”, the former US president said.

Jeb Bush - a younger brother of George - briefly ran against Donald Trump in 2016 for the Republican Party seat in the US presidential nomination. The twice-elected former governor of Florida pulled out of the race after being defeated in the South Carolina primary.

In 2017, Bush said that American discourse had been “degraded by casual cruelty”, has seen “nationalism distorted into nativism”, and witnessed “the return of isolationist sentiments” in recent years.

In the Friday interview, the 43rd US President made no direct remark in regard to the policy of the current US president, Donald Trump.