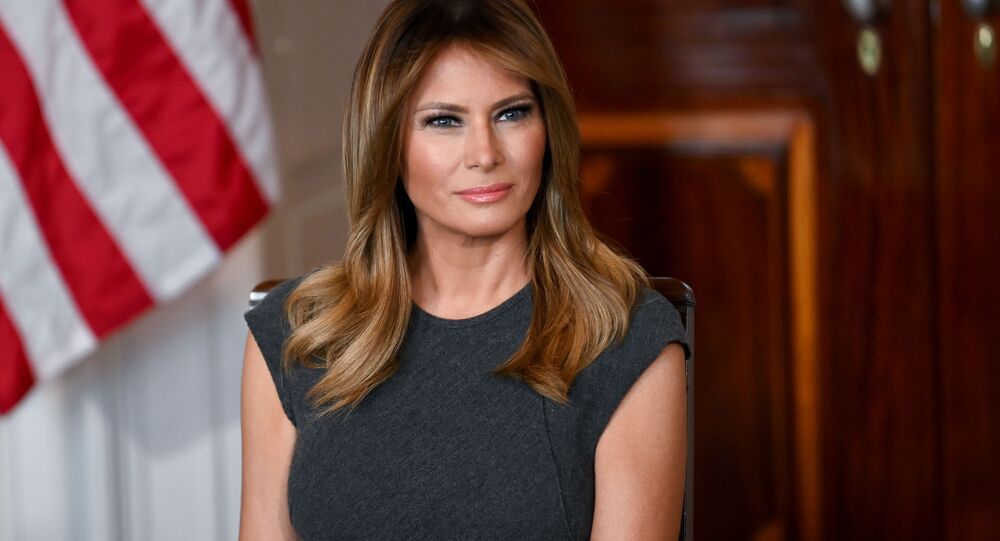 The US first lady, whose Be Best campaign aims to help challenged children, among other things, visited the Boston Medical Centre, where volunteers cuddle babies born with Neonatal Abstinence Syndrome because their mothers were using drugs during pregnancy. However, some tried to show that she was not welcome.

US First Lady Melania Trump has been lambasted on social media and rallied against in Boston over her visit to the city’s medical centre, which has a special cuddling programme for babies with withdrawal symptoms. Its volunteers help children who suffer from Neonatal Abstinence Syndrome (NAS) as their mothers, addicted to opiates, took drugs during pregnancy.

Honorable First Lady the United States of America Mrs. Melania Trump visits with patients and family members during a tour of the pediatric wing a Boston Medical Center pic.twitter.com/IcTTRuvoMg

With her visit, FLOTUS, whose Be Best Initiative was launched to help children facing problems, hoped to attract attention to the BMC’s project.

“As you may know, this is an issue I am very focused on. I hope today’s visit helps shine a light on programs like yours. It is so important to acknowledge and show gratitude for what you are doing to help”, she said, apparently referring to the Trump administration’s fight against opioids.

However, she drew the attention that she might have hardly desired. As Express.co.uk reports, while the first lady was told to cancel her visit, some 200 people protested outside the centre.

Hospital staffers reportedly held signs, while others chose to send their message, wearing white coats with the caption “we really care do u?” on the back, alluding to her infamous “I don't really care, do u?” jacket that she wore at the height of the border crisis.

I came to BU Med because of BMC and its mission and dedication to serve underserved populations and the most vulnerable. It’s a disappointment and shame that BMC decides to host someone who represents an administration that does just the opposite. https://t.co/der9bux33Y

But many lambasted the protesters, noting that Melania Trump went there to help for a good cause.

Disappointing @The_BMC The First Lady's visit to your hospital tomorrow is to help babies! And combat drug addiction. How any of your staff could protest such a noble act is nuts. @FLOTUS deserves a warm welcome to Boston! https://t.co/ZHaqzWXupR @realDonaldTrump @PressSec @gop

"Melania Trump literally came to Boston to give hugs to sick babies, and progressives still protested.
At what point do your politics pollute your mind so much that you can’t see how wrong it is to bring your hate to a hospital?"
https://t.co/gvamRBT2lS

Be Best! Melania Trump visits Boston hospital to highlight program for sick babies, but these 'medical professionals' aren't having it [video] https://t.co/Kv9gkmsvsB

Melania Trump is a far better First Lady than Michelle Obama ever was. She did not deserve this. https://t.co/zSM4HB2scL