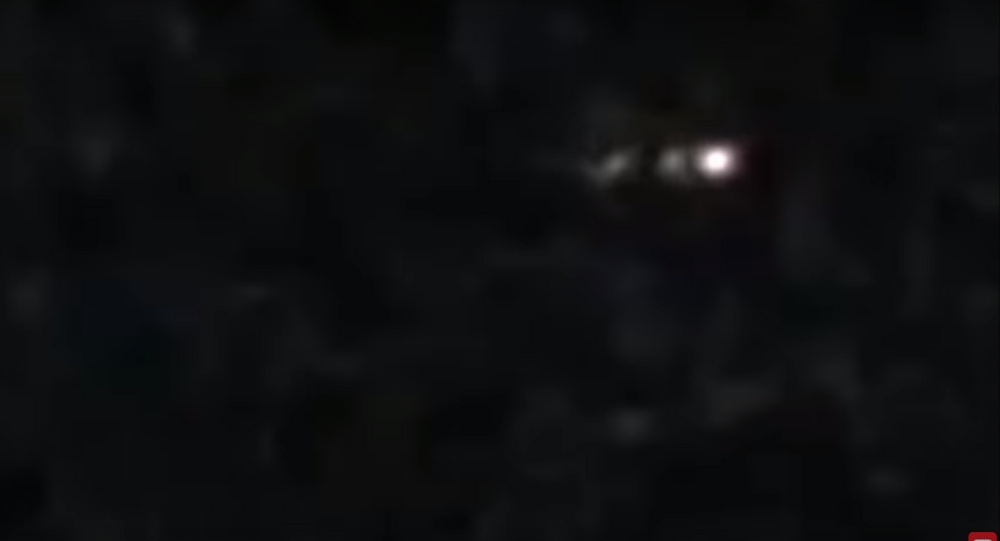 A cluster of mysterious, blinking lights recently appeared in Utah’s nighttime skies and has since given rise to alarm among UFO enthusiasts, who are questioning the cause behind the eyebrow-raising event.

The curious matter unfolded on October 10 in Bountiful, Utah, and was captured on camera by a local resident as he was in his front yard and communicating with the Amateur Radio Emergency Services Net, which is a network of trained, organized volunteers who assist in public services in the event of a disaster.

The video has garnered more than 3,000 views since being posted on YouTube page ET Data Base on Monday.

“This is crazy what I’ve been seeing here,” says the unidentified individual as he attempts to zoom in on the blinking lights. “Picture is really bad … there's like crazy … these lights keep appearing. There's one, now split into two, three, four, five, six, eight.”

The brief video cuts off as the sounds of passing vehicles are heard in the background.

According to the video’s caption, the incident was subsequently reported to the Mutual UFO Network, a US-based non-profit organization composed of dedicated members who study cases of UFO sightings. The Utah incident is listed as case number 104298.

The eyewitness’ statement, which was later obtained and shared on ET Data Base’s website, states that prior to recording the incident, the filmer observed “approximately 50 bright orange lights enter the atmosphere over” Antelope Island in the state’s Davis County from a “southerly direction.”

“I thought a large meteor had broken up in the atmosphere, but then they hovered in a cluster and changed direction toward the East. The cluster of lights disappeared and a bright, white light was left in their place hovering,” reads the statement. “I then observed several bright white lights blinking in a sequential pattern in a straight line as they hovered.”

The eyewitness further notes that after he told someone about his encounter, that same individual shared a video with him that showed a cluster of similar orange lights appearing over the ocean along the North Carolina coast. “I watched the video and observed that it was exactly what I saw during the initial sighting [in Utah],” he states.

Although it’s unclear if the two events are related or if this is the footage which the eyewitness was referring to, cellphone footage did surface in late September on YouTube showing what appear to be multiple glowing lights hovering above the sky in the middle of the ocean.

ET Data Base’s Scott Waring noted in his posting of the Utah event that the eyewitness spotted a “small fleet of UFOs that are exiting an underground base 5-6km below Bountiful city,” and that they appeared to get into “proper fleet positions for long distance traveling.”

“Remarkable raw footage,” Waring concluded in his analysis. However, the jury may still be out, as some commenters noted that the sighting “doesn’t seem to look like an everyday terrestrial aircraft” or that it could just be the work of a “pulse detonation engine craft.”

Not a Bird, Not a Plane: Strange UFO Spotted Over San Diego Motorway - Video

'Adapt or Die!' UFO-Themed Brothel in Nevada Expands Into the Realm of High-Tech Sex