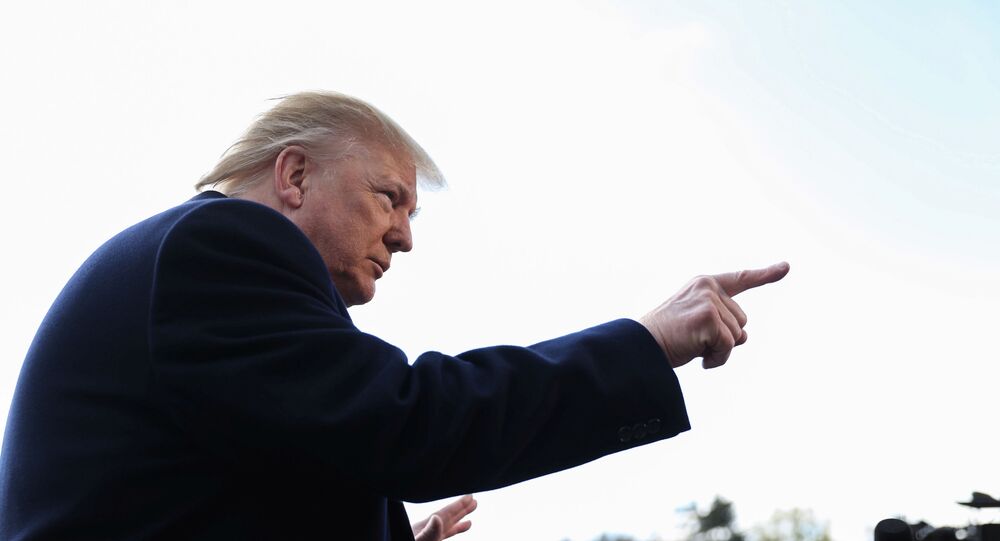 The publication of the transcript of the 25 July call between Trump and Zelensky didn't stop the impeachment investigation against POTUS, despite the US president claiming that he had a "pitch perfect" conversation with his Ukrainian counterpart.

US President Donald Trump has vowed to release the transcript of another telephone conversation that he had with Ukrainian President Volodymyr Zelensky, despite disliking the idea of making his interactions with world leaders public. The phone conversation in question between the two presidents took place on 21 April.

"Now they want my first call. I have no problem giving it to them, other than I don't like giving calls to the media when I'm dealing with foreign nations", Trump told reporters.

POTUS further dismissed the importance of the upcoming hearings conducted by the Democrat-led House committees, saying that so far the testimonies have been "fine" and that he has "never even heard of these people" who have been called to testify in the impeachment probe.

"It’s: 'Let’s find the 10 people that hate President Trump the most and let's put them up there", Trump said.

The impeachment probe, dubbed a "witch hunt" by Trump, was started by Democrat-led committees in September over a whistleblower complaint alleging that Trump had abused his powers in a telephone talk with the Ukrainian president by "pressuring" him to start a criminal probe against Joe Biden, a former vice president and who is now one of the main candidates to clash with Trump in the 2020 elections.

Trump denies any misconduct, insisting that he had a "pitch perfect" conversation with his Ukrainian counterpart and in an effort to prove this he released a transcript of the 25 July call. The transcript showed that Trump had indeed expressed interest in Ukraine launching a probe into allegations that Biden himself had abused his power while vice president to stop an investigation into his son, Hunter, who was working on the board of directors of a Ukrainian gas firm at the time.

At the same time, the release of the whistleblower’s complaint showed that the author had only third-hand knowledge of Trump's conversation and based the complaint on what unnamed White House officials had told him in private.

A First in US History: Impeachment on the Eve of a National Election