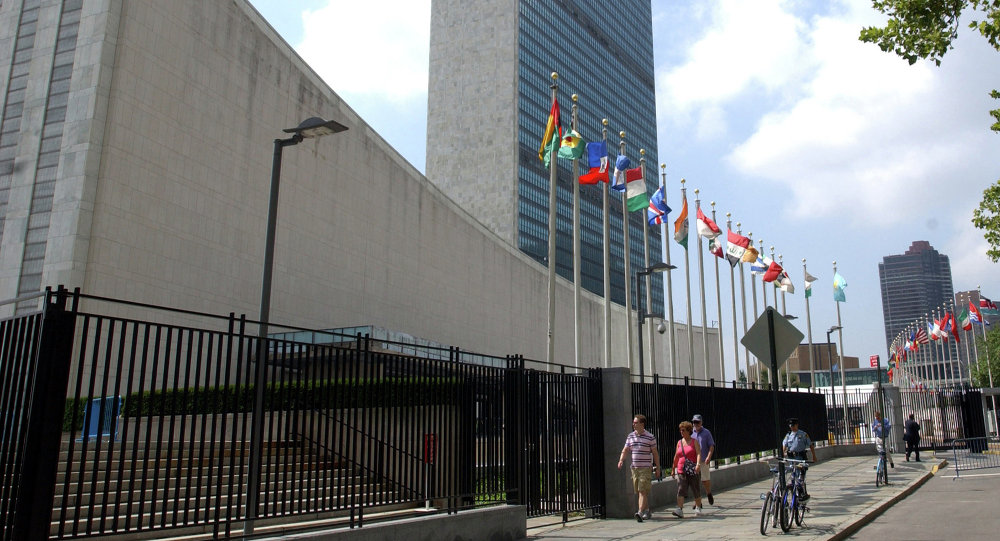 UNITED NATIONS (Sputnik) - The United Nations General Assembly First Committee voted in support of a draft resolution submitted by Russia on strengthening agreements in the system of arms control, disarmament and non-proliferation.

The draft resolution dubbed "Strengthening and Developing the System of Arms Control, Disarmament and Non-proliferation Treaties and Agreements" was supported by 174 UN member states on Wednesday afternoon. Colombia, Georgia, Palau, Sudan and Ukraine abstained from voting.

The United States and Israel, countries that have voted against all Russian-drafted resolutions in the First Committee, also voted in favor of the draft resolution.

The resolution calls on all states parties to arms control, disarmament and non-proliferation treaties to implement such agreements in their entirety and continue efforts to strengthen the system of arms control to preserve global stability, peace and security.

The resolution also asks UN Secretary-General Antonio Guterres to assist in protecting the integrity of arms control and improving relevant treaties and agreements.

The international arms control architecture has been under pressure since the United States decided to withdraw from the Intermediate-Range Nuclear Forces Treaty (INF) in August.

The last remaining arms control agreement between Russia and the United States - the New Strategic Arms Reduction Treaty (New START) - expires in February 2021, and the possibility of its extension is uncertain.

The United Nations General Assembly First Committee also adopted a Russian-drafted resolution on improving international security in the field of information and telecommunications.

The resolution dubbed "Developments in the Field of Information and Telecommunications in the Context of International Security" was supported by 124 UN member states on Wednesday afternoon.

The resolution expresses concern that some countries develop information and communications technologies (ICT) for military purposes and the probability of using ICT in future conflicts is growing.

The resolution also considers it is vital to prevent the use of information resources and technologies by terrorists and ensure the integrity of negotiations in the use of ICT under United Nations auspices.