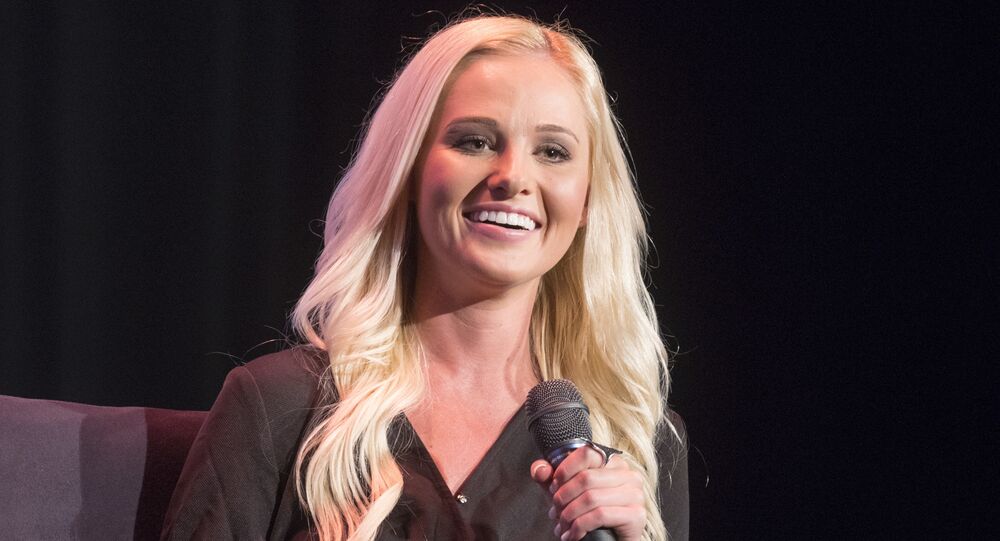 The Democratic candidate who sparked a considerable amount of controversy announced the end of his campaign last week, and Fox News pundit Tomi Lahren could not get enough.

"Bee-too, Bet-oh, Bay-toe, real name Robert Francis O’Rourke, you can call him a lot of names but Mr. President is not one of them," the 27-year old host said in her opening remarks for Fox Nation’s “No interruption.”

"Folks, the second amendment, the Constitution, and our great nation are a little bit safer this week thanks to this news. Yes, Robert Francis O’Rourke has dropped out of the presidential race. Now we know that great sense of relief Texans felt when they dodged that bullet in 2018, thank God!" Lahren said.

O’Rourke, notorious for his vocal support for common-sense gun regulation and, in some cases, gun confiscation, is a Texan by birth, which is one of the most pro-gun states. On Friday, ‘Beto’ announced the end his campaign by saying “it is clear to me now that this campaign does not have the means to move forward successfully."

US President Trump reacted to the announcement in a comparatively reserved tweet.

“Oh no, Beto just dropped out of [sic] race for President despite him saying he was “born for this.” I don’t think so!,” the president tweeted.

Oh no, Beto just dropped out of race for President despite him saying he was “born for this.” I don’t think so!

​"Nope. I don’t think so either, Mr. President," Lahren agreed on the TV show, calling O’Rourke’s campaign “an absolute disaster” and then offering her explanation as to why the candidate’s message failed to gain traction.

"[O’Rourke] doesn’t respect the Constitution, he apologizes for being white while trying to convince us he’s not, he thinks police going door to door to confiscate our firearms is both practical and constitutional, and he is altogether just a giant buffoon," the host gushed.

O’Rourke’s interpretation of the US Constitution has been troubled. In January he questioned whether the US - which he referred to as an “empire” - should abide by the rules and principles set by the nation’s founding fathers some “230-plus years ago.” In October, O’Rourke was accused of advocating a violation of the US Constitution after suggesting he would remove the tax exempt status of religious organizations over their opposition to same-sex marriage. Some critics said such a measure would be in violation of the 1st Amendment, which guarantees the freedom of religion.

O’Rourke, whose first and middle names are Robert Francis, has repeatedly been mocked by critics, including Republican Senator Ted Cruz, for using the Mexican-sounding nickname Beto. In March, O’Rourke said he acknowledged that he had “privileges” as a white man, which gave him “advantages” over the course of his life, which some saw as "apologizing."

According to Lahren, O’Rourke’s campaign failed because media stopped “pushing his narrative.”

"Beto was the golden boy...who said all the right things to the right people at the right time, until the media stopped pushing that narrative, that is,” Lahren said. "Then he was left to his own devices and uh…they didn’t work. Quite frankly I think Beto would be better off selling Fab Fit Fun boxes on Instagram or even on the next season of 'Dancing with the Stars'...somewhere he can make a mockery of himself without destroying our nation.”

The South Dakota-born Lahren jokingly expressed sadness that O’Rourke’s campaign was done, positying that there would be no more “entertainment,” only to remind herself on camera that there are “about a dozen other clowns in the race to lose to Donald Trump.”

“Now, if Kamala Harris would just drop out this week it would be like if Christmas – or […] whatever holiday you celebrate - came early this year,” she quipped.