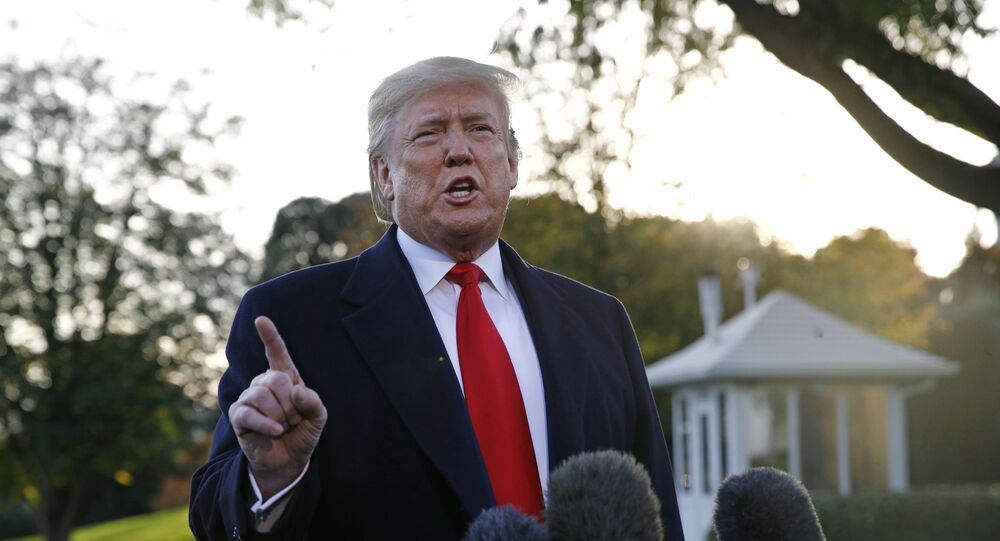 At least six children and three women, reportedly all US citizens living in a community of Americans in Mexico, were brutally killed on Monday, allegedly by a local drug cartel.

The ambush attack reportedly occurred in daylight. Another six children were found alive, Fox News reported, adding that five were transported to a local hospital in Phoenix, Arizona. One child, however, is said to be missing and authorities have launched a search operation on the Sonora-Chihuahua border.

US President Donald Trump on Tuesday offered assistance in the investigation, stressing that "the cartels have become so large and powerful that you sometimes need an army to defeat an army!"

....monsters, the United States stands ready, willing & able to get involved and do the job quickly and effectively. The great new President of Mexico has made this a big issue, but the cartels have become so large and powerful that you sometimes need an army to defeat an army!

​Mexican President Andres Manuel Lopez Obrador during a news conference later in the day rejected Trump's offer to deploy US troops over the border to "wage war" on drug cartels. Obrador thanked Trump and "any foreign government which wants to help", adding that in such cases "we have to act independently and according to our constitution, and in line with our tradition of independence and sovereignty".

"The worst thing you can have is war ... We declared war, and it didn't work ... That is not an option", Obrador said, cited by Fox News.

Hours later on Tuesday Obrador said that he spoke with Trump and thanked him for his willingness to help, adding that he had assured the US president that justice would be done, according to Reuters.

According to Fox News, the victims are believed to be members of the extended LeBaron family - with dual Mexican-US citizenship and were traveling back when they were ambushed. They reportedly lived in a religious community in La Mora, northern Mexico, a decades-old settlement in Sonora state founded as part of an offshoot of The Church of Jesus Christ of Latter-day Saints around 70 miles south of Douglas, Arizona.

Fox News said earlier, citing local authorities, that cartel gunmen may have mistaken the family's convoy for a rival gang. Local media claim, however, cited by Fox News that at least two members of the religious family, who could have opposed to local drug trafficking groups, were kidnapped an murdered a decade ago.