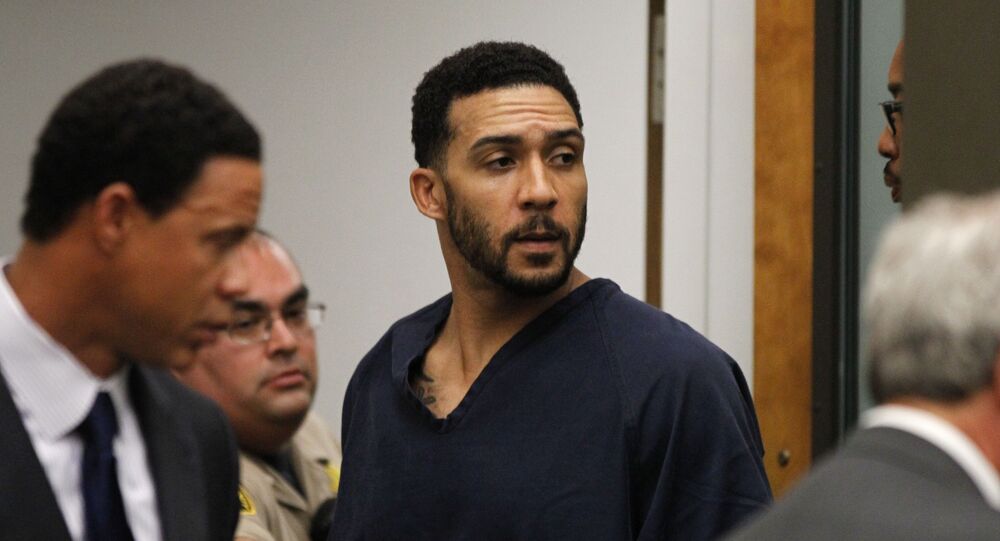 Before the court hearing Kellen Winslow Jr, who at one point was one of the highest paid football players in the NFL, repeatedly claimed he was innocent and that allegations against him were a “money grab”. His attorney has asserted the sexual encounters were consensual.

Former NFL player Kellen Wilson Jr has pleaded guilty to rape and sexual battery to avoid a life sentence. The athlete reached a plea agreement before retrial under which he confessed to raping an unconscious woman in 2003 who was 17 at that time and to raping a 54-year-old hitchhiker. In exchange for the plea, the prosecution reduced the rape of the hitchhiker to sexual battery and agreed to sentence him to between 12 and 18 years in prison.

The court also agreed to dismiss other charges. If the 36-year-old former football player had been tried and convicted on all of them he would have faced life in jail.

In June, Winslow Jr, who is said to have earned more than $40 million over his 10 seasons in NFL, was found guilty of raping a 58-year-old homeless woman, indecent exposure, and two lewd acts in public involving two women. But the jury in the June trial failed to agree on other charges, including the rape of the unconscious woman and hitchhiker.

Winslow Jr’s legal team said they would argue during the sentencing, which is scheduled for February, that the multiple brain injuries he sustained during his career had affected their client’s behaviour.

The athlete, who played for the Cleveland Browns, Tampa Bay Buccaneers, Seattle Seahawks, New England Patriots, and New York Jets was arrested on charges of rape and kidnapping in 2018, but was later released on bail, which was revoked after more accusations were brought against him.

Winslow Jr is the son of renowned athlete Kellen Boswell Winslow, who is widely recognised as one of the greatest tight ends in NFL history. Winslow Sr, who was inducted into the Pro Football Hall of Fame, attended almost all of his son’s court hearings. As Winslow Jr was leaving the courtroom on Monday he extended his arm to his dad, who responded by touching his heart with his fist.