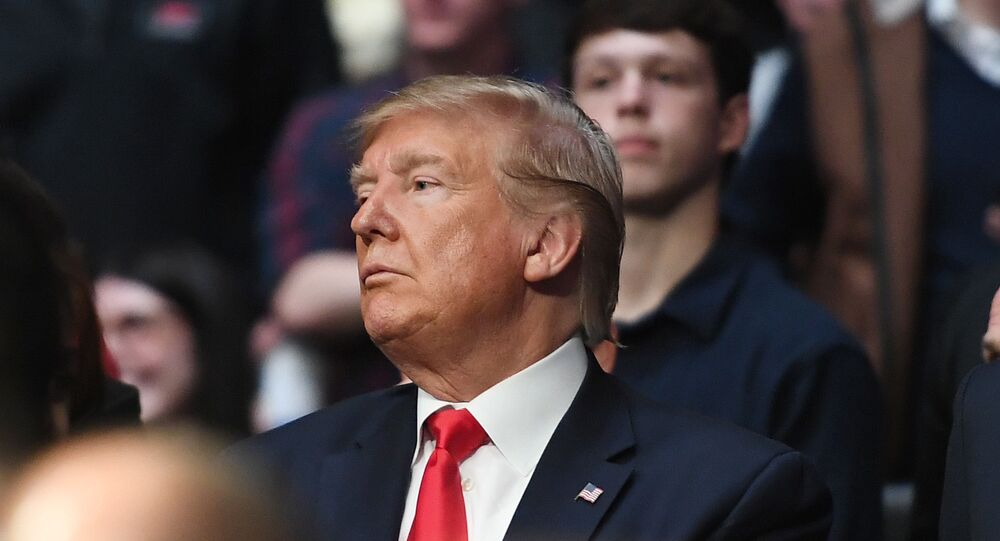 Since Donald Trump announced his decision to run for president in 2015 dozens of women have accused him of sexual abuse. The purported incidents have spanned decades. Donald Trump has denied all the accusations.

A US journalist, who asserted in her memoir that President Donald Trump raped her in a New York city store 23 years ago, has filed a defamation lawsuit against him for his denial of the attack. In court documents E Jean Carroll, who has run the "Ask E. Jean" column in Elle magazine since 1993, says the 45th president has made a series of "false" statements and "smeared her integrity, honesty, and dignity".

E Jean Carroll firs detailed the incident of alleged rape, which she claims occurred between the autumn of 1995 and spring of 1996 at a Bergdorf Goodman store, in a New York magazine article featuring excerpts of her memoir released in June entitled "What Do We Need Men For: A Modest Proposal". Jean asserts that President Trump assaulted her in a dressing room after the two engaged in a playful banter, with the businessman-turned-politician kissing the journalist before undressing and raping her.

"The moment the dressing-room door is closed, he lunges at me, pushes me against the wall, hitting my head quite badly, and puts his mouth against my lips. I am so shocked I shove him back and start laughing again. He seizes both my arms and pushes me up against the wall a second time, and, as I become aware of how large he is, he holds me against the wall with his shoulder and jams his hand under my coat dress and pulls down my tights", E Jean Carrol wrote in her memoir

President Trump vehemently denied the allegations, saying Ms Carroll totally lied when she accused him of rape. Trump noted that she did that to increase sales of her book.

Her article in New York magazine also featured a photo of Trump and Carroll standing together with their then spouses. The 45th president dismissed the photo saying: "standing with my coat on in a line — give me a break — with my back to the camera. I have no idea who she is".

This and other statements by Trump about the alleged rape prompted Ms Carroll to file a defamation lawsuit. "The rape of a woman is a violent crime; compounding that crime with acts of malicious libel is abhorrent. Yet that is what Defendant Donald J Trump did to Plaintiff E Jean Carroll", said the court documents.

The lawsuit noted that the columnist had remained silent for decades over concerns that she would “lose everything” if she accused the real estate mogul of rape and decided to go public only after she witnessed a shift in the US public’s stance towards this issue following a string accusations against prominent Hollywood producer Harvey Weinstein, which later spawned the #MeToo movement against physical and sexual violence. The lawsuit states: “It suddenly seemed possible that even Trump could be held to account".

Dozens of women have accused US President Donald Trump of alleged sexual misconduct since he launched his presidential campaign in 2015. Trump has denied all the accusations.