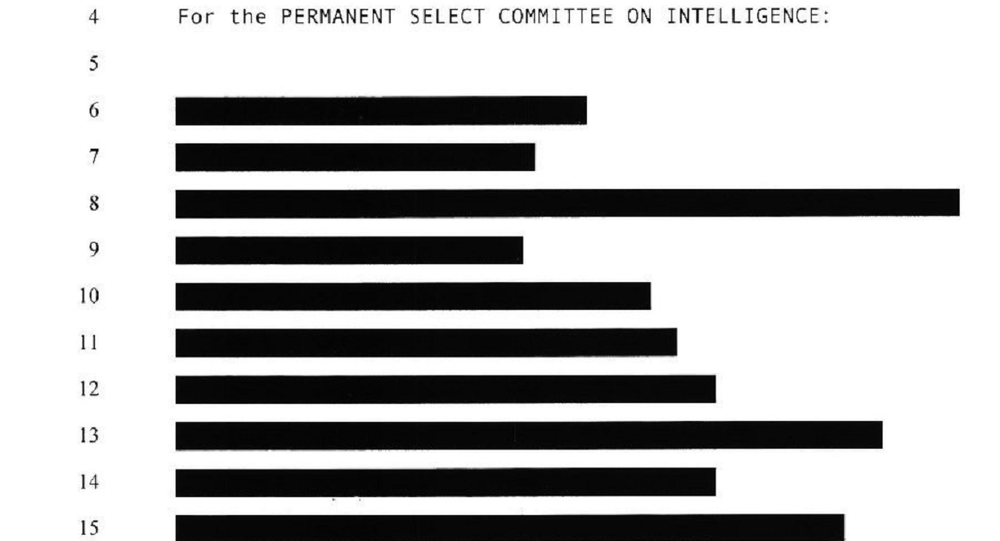 House Democrats have released the first transcripts from their closed-door meetings with Trump officials as part of the ongoing impeachment probe into the president.

The transcripts include interviews with former US ambassador to Ukraine Marie Yovanovitch and Michael McKinley, a former senior State Department official.

It's time for the American public to see the evidence for themselves:https://t.co/SorlVusrPw

The Democrat-controlled House Intelligence, Oversight and Foreign Affairs committees issued a joint statement regarding the release, saying the transcripts would allow "the American public" to "see for themselves the evidence that the committees have collected."

According to House lawmakers, "transcripts of interviews with Ambassadors Yovanovitch and McKinley demonstrate clearly how President Trump approved the removal of a highly respected and effective diplomat based on public falsehoods and smears against Ambassador Yovanovitch's character and her work in the support of long-held US foreign policy anticorruption goals."

Republicans had previously demanded the release of all transcripts from the probe immediately, with Republican congressman Mark Meadows suggesting before Monday's release that Democrats might try publish transcripts selectively, including only those that helped their case against Trump.

Trump expressed similar concerns on Sunday, claiming that Rep. Adam Schiff might try and "change the words that were said" in the interviews to "suit the Dems purposes."

The publicly released Yovanovitch and McKinley transcripts are redacted, and include over 470 pages of testimony.

Yovanovitch testified in the impeachment probe against Trump last month, claiming that the White House had concocted a "concerted campaign" of pressure against her. She was fired from her post in May 2019. Her ouster was one of multiple incidents listed by a CIA whistleblower in their complaint accusing Trump of withholding military assistance to Ukraine to try to pressure Kiev into investigating the son of potential 2020 rival Joe Biden.

Trump's allies had previously accused Yovanovitch of seeking to undermine the president's foreign policy. During her tenure as ambassador to Ukraine between August 2016 and May 2019, Yovanovitch lobbied the Obama and Trump administrations to send military aid to Ukraine.

McKinley, for his part, had accused Secretary of State Mike Pompeo of ignoring repeated requests to show support for Yovanovitch she was fired.

The Democrats' impeachment probe against President Trump revolves around the allegation that the president tried to 'get dirt' on his potential 2020 rival Joe Biden by threatening to withhold military aid to Kiev unless President Zelensky restarted a corruption investigation into Biden's son Hunter over his alleged illegal activities in Ukraine. Biden has publicly bragged about his successful move to get a prosecutor investigating his son fired in 2016, with Trump and his supporters claiming this was an example of quid-pro-quo corruption by the Obama administration. The Bidens have denied the claims.

Trump has called the Democrats' probe against him a "witch-hunt," a "hoax," and an attempted "coup" following the collapse of the so-called Russiagate investigation earlier this year.