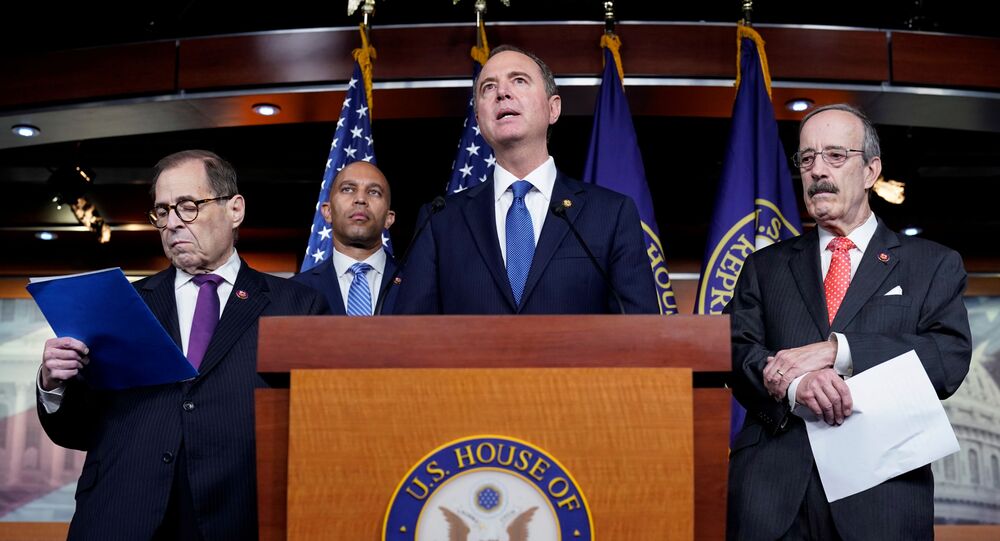 This comes after US President Donald Trump tweeted earlier on Saturday that "the whistleblower got it so wrong that he must come forward."

The US intelligence official, whose whistleblower complaint about US President Donald Trump allegedly pressuring his Ukrainian counterpart Volodymyr Zelensky into investigating the Bidens, has offered to answer written questions directly to Republicans on the House Intelligence Committee, CBS News has reported, quoting his lawyer Mark Zaid.

He added that a corresponding request was made to Representative Devin Nunes, who is the senior Republican on the committee. The whistleblower wants his complaint to be handled in a nonpartisan way, the lawyer said. Previously, Republicans said that the impeachment process was unfair and restricted questions from them.

Earlier in the day, Trump took to Twitter to say that the whistleblower "must come forward" because he "got it so wrong."

© AFP 2020 / SAUL LOEB
US President Donald Trump and Ukrainian President Volodymyr Zelensky speak during a meeting in New York on September 25, 2019, on the sidelines of the United Nations General Assembly.

The Democrats launched an impeachment inquiry against Trump in late September after a whistleblower complaint had revealed that the US president allegedly pressured Ukraine's President Zelensky to investigate the activities of US presidential hopeful Joe Biden's son in Ukrainian gas company Burisma. Trump released the transcript of his conversation with Zelensky to prove, he said, that there was nothing wrong with it, adding that the impeachment inquiry was a 'hoax'.