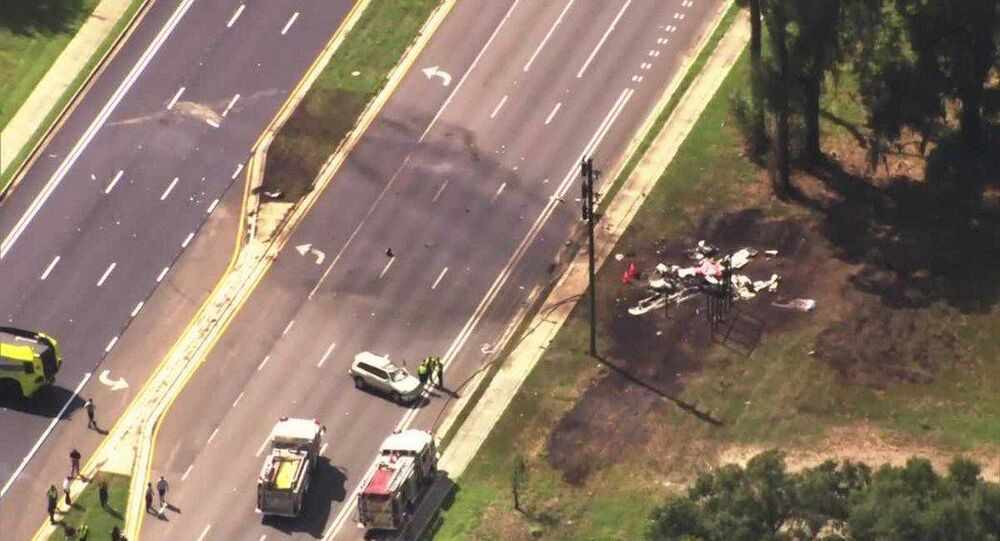 Two people have died on Thursday after a small plane crashed into an SUV while trying to make an emergency landing in Florida, authorities said.

The plane crashed Thursday morning while landing on the side of State Road 200, in Ocala, an hour and a half from Orlando. The deaths were confirmed by the Ocala Police Department. The identities of the victims have not yet been released.

Two confirmed fatalities are passengers of the small single engine aircraft. The area of SR 200 in which the non traffic accident took place will be shut down for the next several hours as we wait for NTSB/FAA to arrive.

The Federal Aviation Administration (FAA) told Fox News that a Beechcraft Baron aircraft, with two people on board, crashed into a car on a highway southeast of Ocala International Airport in Florida around 11:30 am.The FAA is investigating and the National Transportation Safety Board (NTSB) will determine the probable cause of the accident, an FAA spokesman said.

#Developing:Aerial footage over #OcalaFL, shows the wreckage after a small plane crashed into a SUV while trying to make an emergency landing, with the crash killing both passengers on the plane and seriously injuring the SUV driver. #thesouth #thesouthupdates, Prayers goes out🙏🏾 pic.twitter.com/fiztEoaQiO

Peter Knudson, an NTSB spokesman, told Fox News that the Beechcraft Baron, a light, twin-engine piston aircraft, took off from Ocala International Airport around 11:30 a.m. on Thursday and crashed shortly thereafter. According to Knudson, an NTSB investigator is on the way and an updated media briefing is expected on Friday.

At Least One Shot Inside Mall in Florida, Suspects At Large - Reports