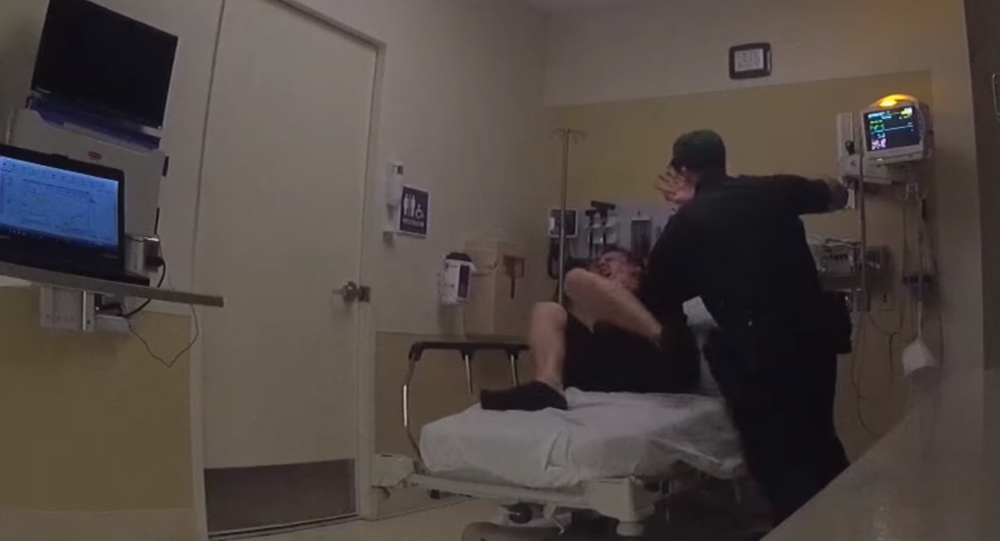 A Florida sheriff has gone against a standards committee’s recommendation and fired a deputy who was caught punching a suspect handcuffed to a gurney earlier this year.

Broward County Sheriff Gregory Tony held a press conference on Wednesday to announce that Deputy Jorge Sobrino would no longer be serving on the force following an internal affairs investigation stemming from an incident caught on the officer’s body camera in January.

The relevant footage shows what took place after 26-year-old suspect David O'Connell was arrested for allegedly attempting to assault a Walmart employee and taken to the hospital, despite refusing medical attention, according to KPLC, citing his attorney back in April. O’Connell was charged with resisting arrest without violence.

“He’s gonna beat my a*s, he’s gonna beat my a*s again,” O’Connell is overheard saying before the video’s audio briefly cuts out and Sobrino is seen walking over to the bed. The deputy then pushes and punches the suspect, ordering him to lay down. O’Connell complies and has his other wrist handcuffed to the bed shortly after his arm is twisted by Sobrino.

Sobrino claimed O’Connell was the actual aggressor and pushed him - causing prosecutors to initially charge the suspect with assault on an officer. The charge was dropped soon after a review of the footage.

Tony explained that while a professional standards committee recommended Sobrino be suspended from the force for a total of 30 days as punishment for violating protocol regarding “use of force, discretion and conformity to laws,” the sheriff ultimately determined that Sobrino needed to be relieved of his duties after he personally examined the full details, which included a review of the deputy’s pre-disciplinary hearings and the circumstantial evidence at hand.

“He was terminated - under my command, under my orders,” Tony said. “We cannot allow for a small fraction - that .001% of deputies who may step out of line, who may violate policy - to be reflective of an agency of 5,500 employees.”

This is not the first time Tony has been forced to terminate a Broward Sheriff’s Office (BSO) deputy for assaulting a handcuffed suspect. During a Q&A segment at the press conference, the sheriff noted that “consistency” also factored into his decision to dismiss Sobrino, as there was a previous situation in which a young officer, who was already on disciplinary probation, punched a detained suspect and was terminated immediately.

According to Miami-based new organization Local 10, Sobrino had been on the BSO force since 2015 and had been suspended without pay since June.