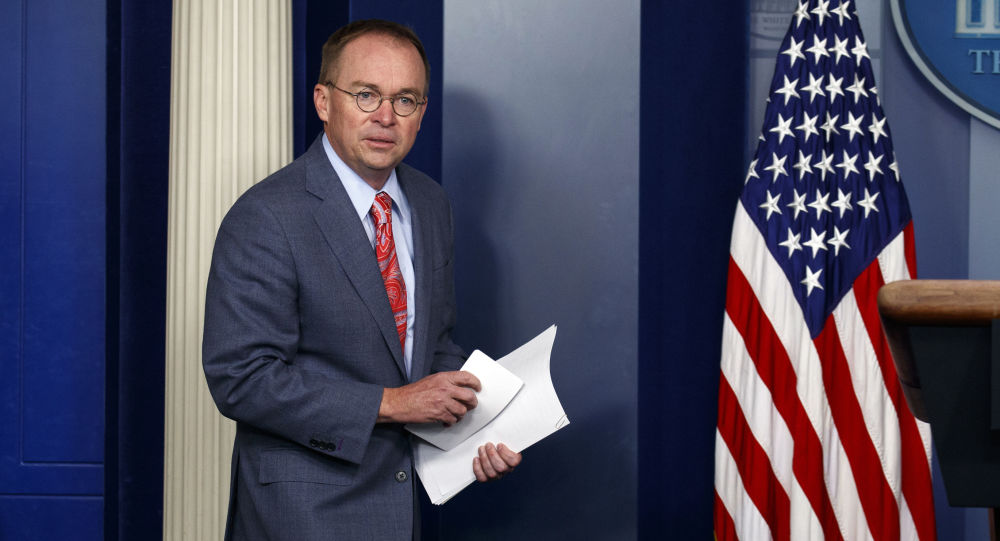 Mulvaney was visiting his family in South Carolina when Trump announced the success of the raid in a Twitter message and the White House chief was only briefed on the raid later than night, the media said on Wednesday, citing five current and former senior Trump administration officials.

Trump's decision to leave his own chief of staff in the dark about the most important operation against a terrorist target since President Barack Obama approved the killing of Osama bin Laden in 2011 supported growing reports that Mulvaney was likely to be replaced soon, the report said.

Mulvaney has been widely criticized since he appeared to admit aid to Ukraine had been delayed for political reasons at a press conference two weeks ago, apparently strengthening the case for the Democrats who are trying to impeach Trump and drive him out of office on the issue.

Earlier this month though, President Trump dismissed the claims that he was going to replace his chief of staff.

*Daesh (also known as ISIS/ISIL/IS) is a terrorist group outlawed in Russia.