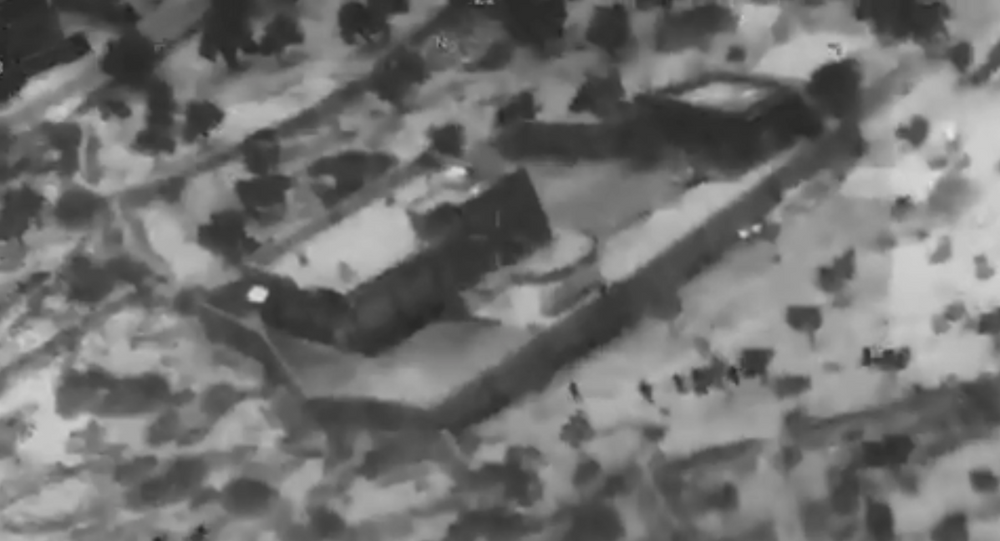 US military officials revealed on Wednesday the details, including photos and videos, of the special forces operation that killed Daesh leader Abu Bakr al-Baghdadi earlier this week.

US Central Command commander Gen. Frank McKenzie told the press at a Pentagon briefing Wednesday about the lead-up to and carrying out of the mission in Idlib Governorate, as well as the subsequent confirmation of the Daesh leader's identity and the destruction of the site to ensure no kind of shrine facilitating al-Baghdadi's martyrdom could be constructed.

"Baghdadi was the subject of an intense inter-agency effort to bring him to justice, and that effort significantly advanced recently as we closed in on his whereabouts," McKenzie said. "As it became clear that we had gained fleeting and actionable intelligence on his hideout, we developed an execution level plan designed to capture or kill him and started preparing a special operations team for the mission."​

The CENTCOM chief said the operation was a helicopter assault that was pre-staged in Syria. At the site, US Special Forces found several children under the age of 12 and four women, as well as two men, none of whom put down their arms when directed to do so. The Daesh leader retreated to a tunnel with two children, where he detonated an explosive device that killed all three.

"Baghdadi's remains were buried at sea in accordance with the Law of Armed conflict within 24 hours of his death."

McKenzie noted that DNA samples taken from his remains matched those from his 2004 detention at Camp Bucca in Iraq, with an accuracy "of 1 in 104 septillion."

​"This operation was exquisitely planned and executed. It demonstrates the United States' global reach and our unwavering commitment to destroy ISIS," McKenzie continued. "This was a true inter-agency effort so I commend our partners across the U.S. government. The individuals who planned and conducted this mission are quiet professionals, focused on their mission above glory or recognition. Committed people did hard, risky work, and they did it well."

And video from the strikes (using standoff munitions) that destroyed the compound. pic.twitter.com/v4OFDtJSY5

McKenzie noted the famous army dog injured in the raid​ had served for four years and performed 40 combat missions. The dog, the name of which has not been disclosed, returned to duty following the touching of live power cables during the raid, which were exposed by the detonation of al-Baghdadi's suicide vest.

Having risen to the leadership of Daesh in 2014, al-Baghdadi was killed on October 27 in Idlib Governorate, on the opposite side of Syria from where the remnants of Daesh's self-proclaimed caliphate had been extinguished in the Euphrates valley in southern Deir Ez-Zor Governorate near the Iraqi border, this past Spring.

However, his distance from Deir ez-Zor didn't stop him from posting a video in April, the first time he'd appeared in media in years, promising revenge for the deaths of Daesh militants at the hands of US, Syrian, and Kurdish forces.