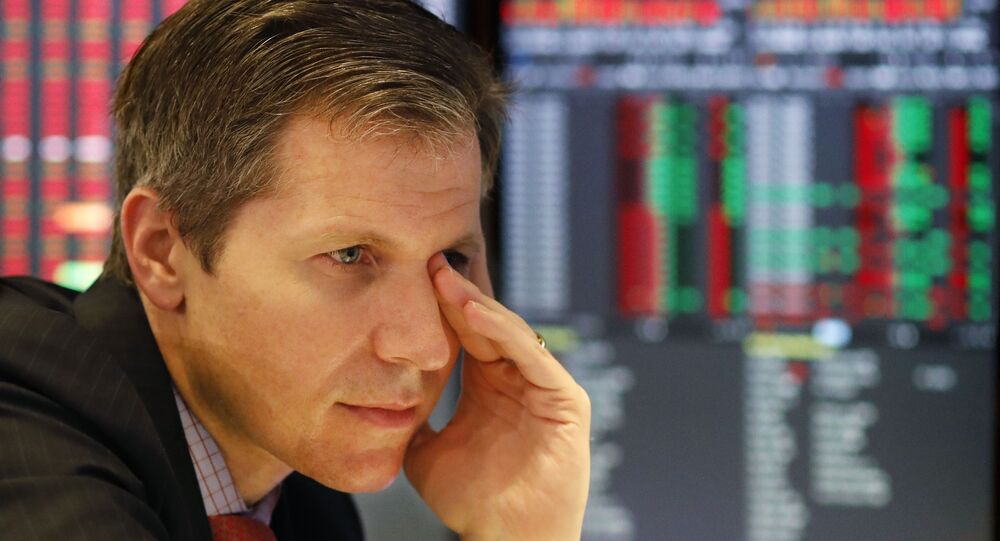 NEW YORK (Sputnik) - US stock rose on Wednesday to near-record record highs after the Federal Reserve cut interest rates for a third straight time this year in a bid to preserve economic growth amid a global slowdown.

The Federal Reserve cut the federal funds borrowing rate by 25 basis points at the close of its October monthly policy meeting, reprising its action for July and September.

“In light of the implications of global developments for the economic outlook as well as muted inflation pressures, the Committee decided to lower the target range for the federal funds rate to 1-1/2 to 1-3/4 percent”, the US central bank’s Federal Market Open Committee said in a statement.

The International Monetary Fund warned earlier this month that the global economy could expand at its slowest pace this year since the financial crisis, saying world growth was likely to hit just 3 percent this year, down from its July forecast of 3.2 percent.